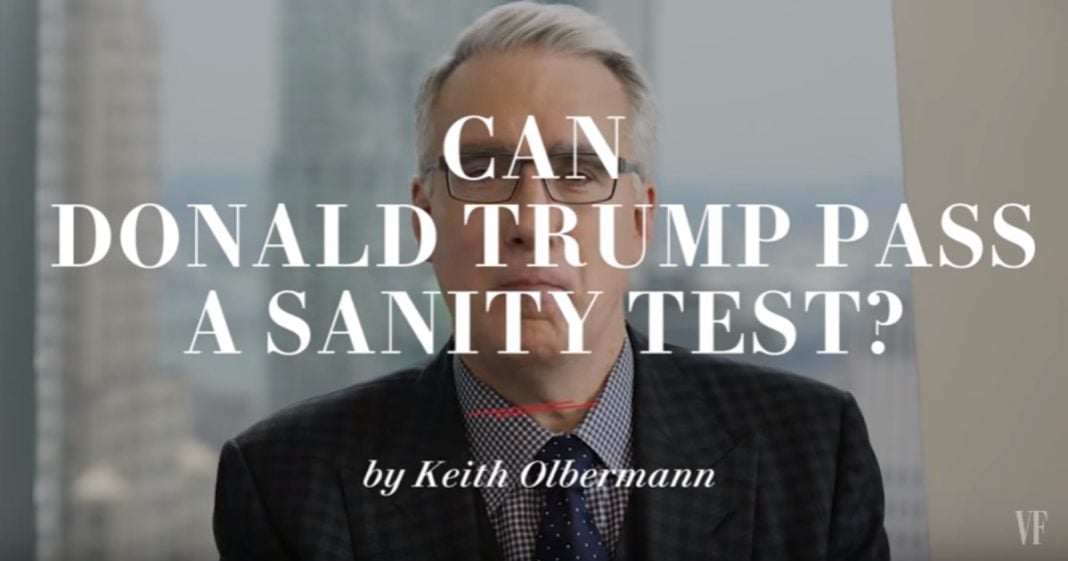 Though we no longer get the delight of seeing progressive journalist and commentator Keith Olbermann on our TV sets each night, he appears to be keeping busy by attacking Donald Trump in more covert ways.

One of these ways is through a partnership with Vanity Fair in which they devised a special sanity test to determine whether or not Trump is of sound mind, since he likes to bring into question others’ sanity.

So does Trump pass the muster for basic sanity?