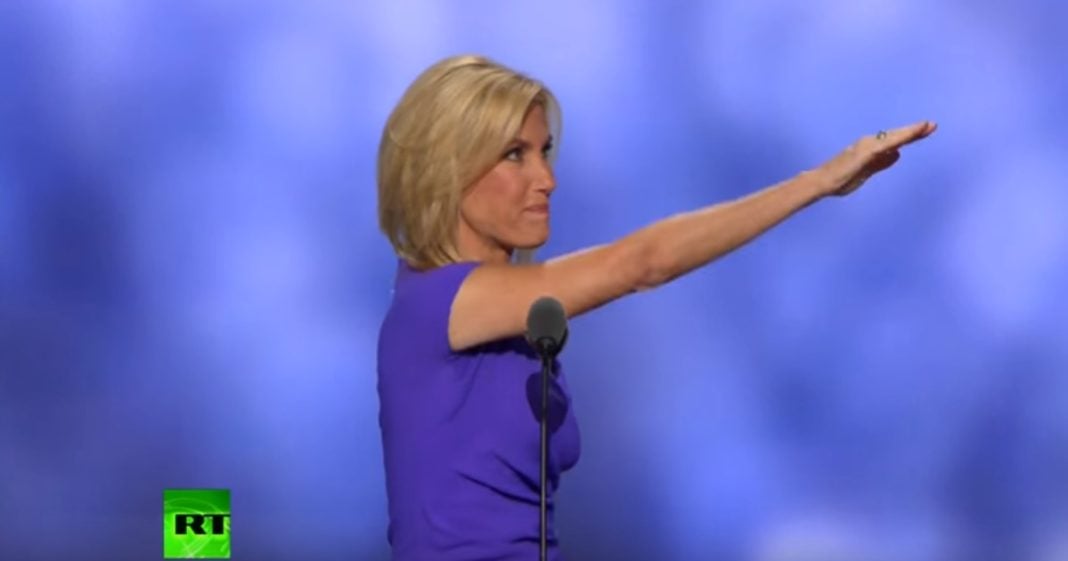 On Wednesday evening, Laura Ingraham addressed the crowd of GOP delegates and used an arm gesture that looked a whole lot like the classic Nazi salute.

Ingraham gave a rousing conservative speech, ending it with the customary “God bless you and God bless America!” but then she raised her arm at diagonal angle, arm and wrist straight and fingers pointing together – a Nazi salute.

It was a Nazi salute.

Now, Ingraham appears to have noticed her arm’s position and quickly tried to make it seem as if she weren’t heiling Hitler, but the damage was done.

Was it on accident or on purpose? You decide.