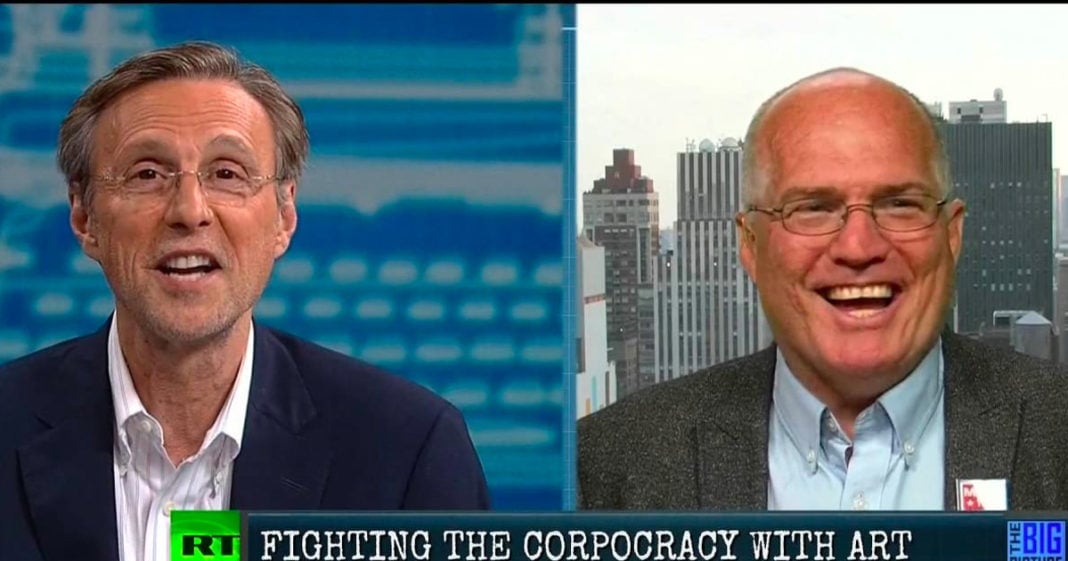 David Cobb, Move To Amend, joins Thom. The fight against money in politics is the biggest fight of our lifetimes. It involves activism at the local level – the county level – the state level – and the federal level. After all – it’s only a movement to re-imagine and recreate the entire political system as we know it. And that’s why the movement to take money out of politics involves more than just politics as usual. It also involves things like art – and tomorrow one of America’s leading campaign finance reformers will participate in a special showcase of activist art in New York City. The event is titled the Global Corporocracy Art Show – and it will be held tomorrow between 6 and 9 PM at the Devaju Art Gallery on 223 East 60th Street in New York.

Melania Trump Says That Democrats Are Bad Influences For Your Children