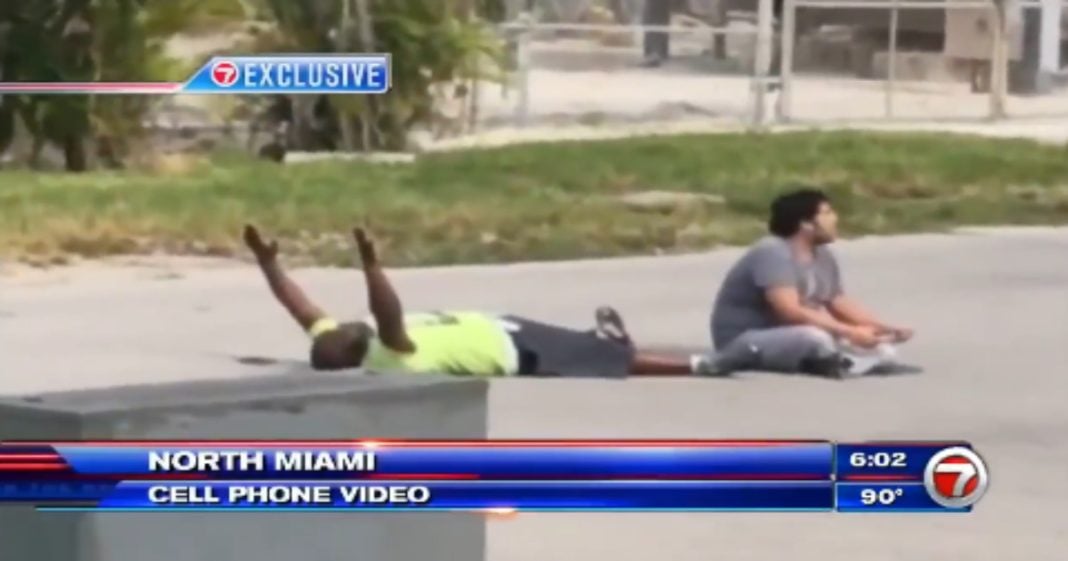 Considering that race relations between police and the communities they serve have been so tense lately, it would make sense that officers would double and triple check that their uses of force are warranted rather than continuing to abuse their power – it makes sense, but it has absolutely not been so.

Consider a Miami man who is in the hospital this week after police officers shot him, sniper-style, as he lay in the road with his hands up, begging officers not to shoot him.

Charles Kinsey is a therapist at a Miami-based group home for adults with severe disabilities. Kinsey was trying to calm down an adult with severe autism when police arrived and threatened to shoot the two. Kinsey informed the officers that he is a therapist and told the officers about his patient’s disability. Kinsey laid on the ground with his hands raised high in the air as he informed officers that the only thing his patient was holding was a toy truck.

Kinsey said that suddenly, out of nowhere, police shot him. He said he couldn’t believe the officer shot him while he had his hands in the air, especially considering the information he provided.

It is worth noting, as it always is in cases like this, that Kinsey is a black man. The patient Kinsey tried to protect also appears to be a person of color.

#charleskinsey An unarmed therapist helping an Autistic patient was shot by police!He was unarmed & had hands up! pic.twitter.com/MCAAZSUXuA