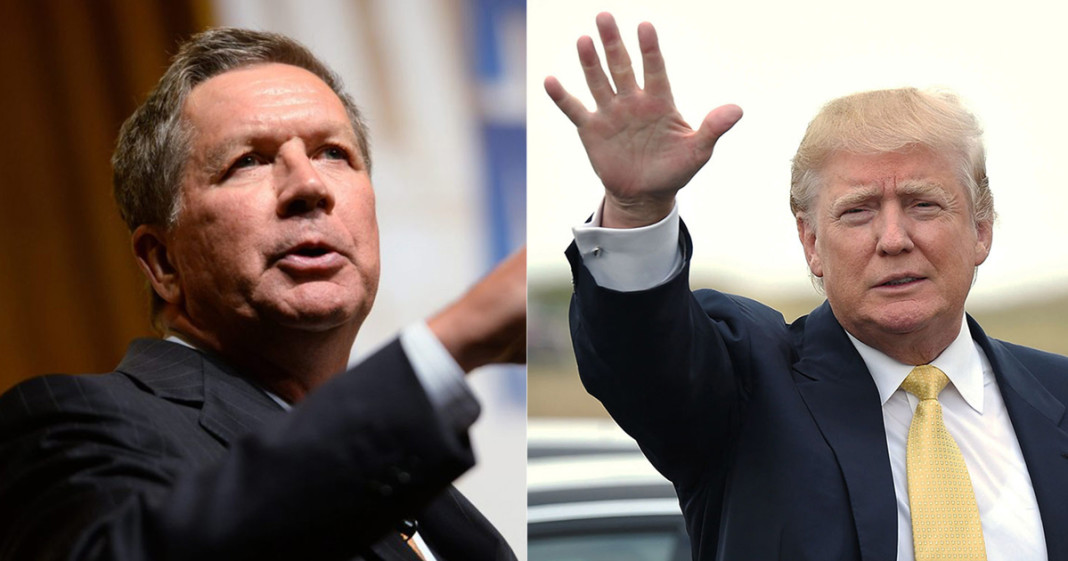 According to reports on the Trump camp, Donald Trump jr. reportedly approached Ohio Governor and failed presidential candidate John Kasich about being Donald’s vice president, offering him a pretty sweet deal in exchange for his public loyalty.

Clearly, that deal didn’t go through as evidenced by the absence of the “Kasich” name on Trump banners, but these details are too juicy to let slip by unnoticed.

Trump Jr. reportedly told Kasich’s adviser that if he were to agree to be Trump’s right-hand man, he would be put in charge of both foreign and domestic policy. What else is there, you may ask? Not a whole lot.

When the Kasich camp replied back to ask what President Trump would do while Kasich was running the country, Junior replied hilariously,

It says a great deal about Kasich’s character that he refused the role, as if he had made it to the White House, he would have been the most powerful Vice President in American history.

Kasich is one of the few establishment Republicans who have still refused to endorse Trump, saying that unless he sees a major shift, he cannot in good conscience offer his support.