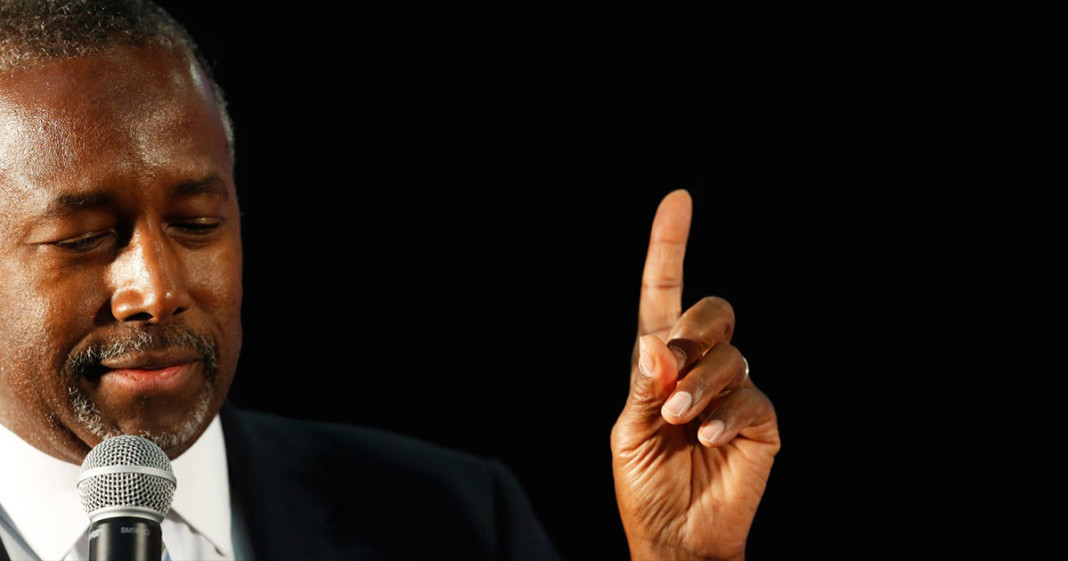 Have you missed him? I know I have.

Dopey Dr. Ben Carson is back!

But only for a limited time, so better catch him before he returns to the cozy hyperbaric sleep chamber in which he usually slumbers.

Doc returned to us thanks to the wonderful mess that is the Republican National Convention where he was asked to be a keynote speaker on the second day of the convention. Carson spoke about lots of rambling things, but the most notable moment was when he tried to draw an interesting connection between Democratic nominee Hillary Clinton and Satan himself.

Taking a noted diversion from his pre-written script speech, Carson rambled about Saul Alinsky, who he said warned the world about Clinton in the form of a warning about Lucifer.

“Let me tell you something about Saul Alinsky. He wrote a book called ‘Rules for Radicals.’ On the dedication page, it acknowledges Lucifer, the original radical who gained his own kingdom.”

“So are we willing to elect someone as president who has as their role model someone who acknowledges Lucifer?”

Don’t try to understand. You don’t have access to the strange and wonderful world in which Carson lives and you never, ever will.