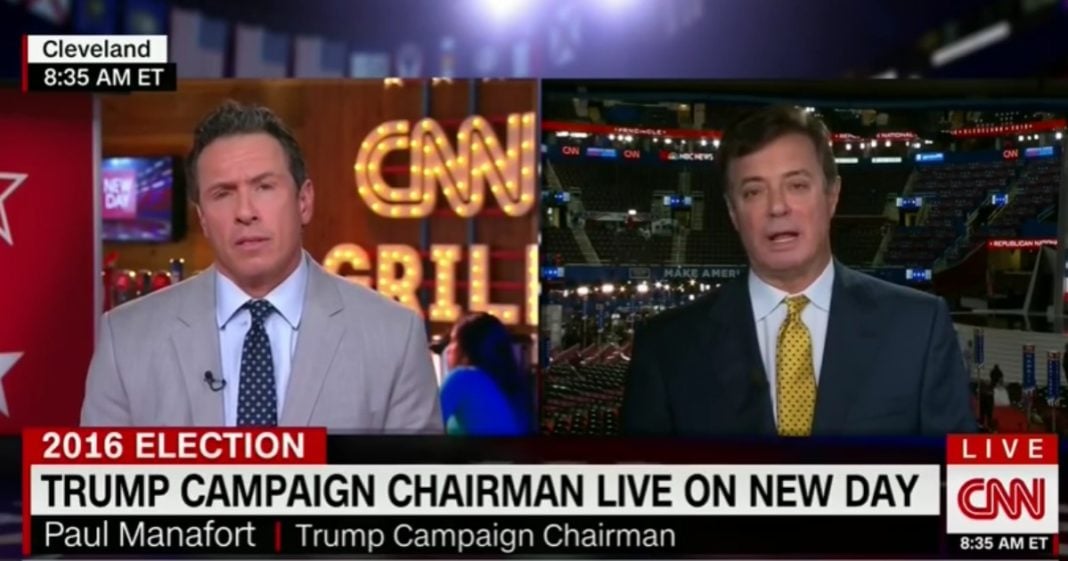 Finally, we’ve got a bit of honesty and journalistic integrity from CNN’s Chris Cuomo who badgered Trump campaign manager Paul Manafort to admit that the campaign was lying about whether or not Melania stole part of her speech from Michelle Obama.

During the interview on Wednesday morning, Cuomo refused to take ‘no’ for an answer and came back to his question again and again, despite repeated dodges from silver-tongued Manafort who continued to try to argue that Melania was speaking from the heart, not from Obama’s speech book.

“I can’t move on because you keep lying about it! I have to talk about what is true!”

Cuomo will no doubt receive a bit of admonishment for calling his guest a liar, but we applaud his honesty.

Manafort and the whole Trump crew lie each and every day, and continue to paint Clinton as the prime liar. Cuomo was simply pointing out the blatant inconsistency of the campaign, much to Manafort’s dismay.

This interview is definitely worth a watch.