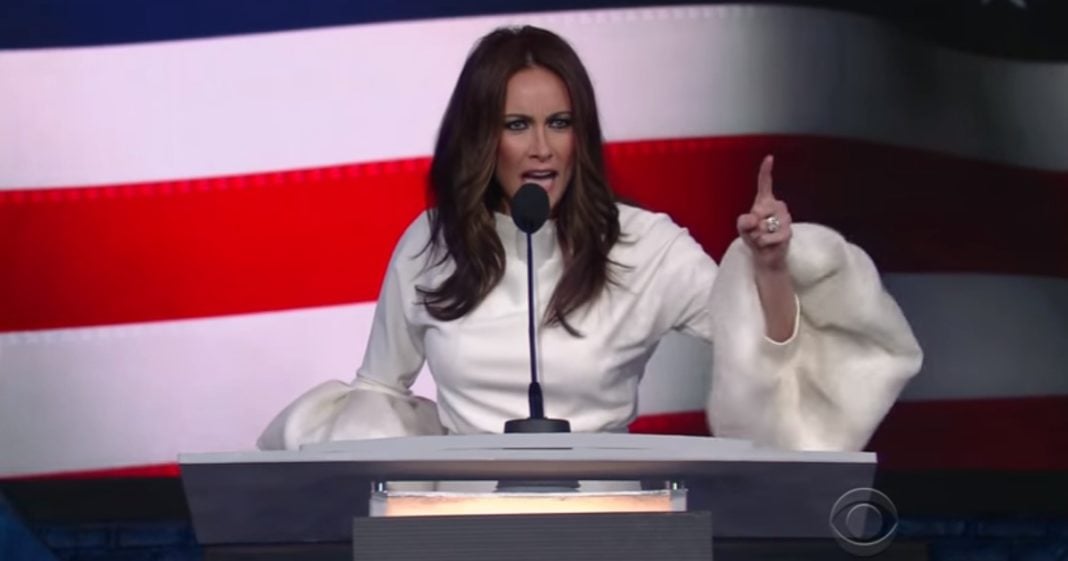 Sure, “Late Show with Stephen Colbert” may have not been best representation of the comedic firebrand as his previous Comedy Central show, but for a brief time this week, Colbert is setting aside his family-friendly, non-partisan brand of comedy and putting on his eagle-screeching, faux-conservative alter-ego to bring us the best of the best of political humor.

And we cannot get enough!

During his coverage of the second day of the Republican National Convention (decidedly less exciting than the first day, unfortunately), Colbert brought on a hilarious Melania Trump impersonator (Tony award-winning actress Laura Benanti) to help her redeem the face lost when the possible First Lady directly lifted several paragraphs from a Michelle Obama convention speech from 2008.

Playing on the already popular joke, Melania repeatedly said famous quotes that are clearly not hers, all while defending her previous speech and proclaiming that she didn’t steal a thing.

“This is truly the best of times; it is the worst of times.”

“In West Philadelphia born and raised, on the playground is where I spent most of my days. So to those who say I stole my speech – give me a break! Give me a break. Break me off a piece of that Kit-Kat bar.”