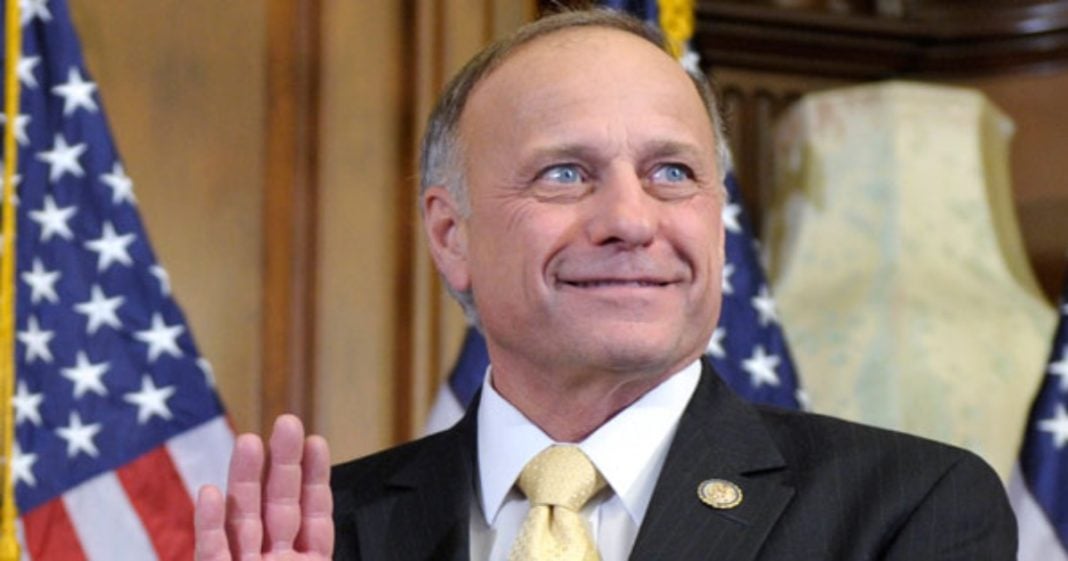 Iowa representative Steve King when full-on white supremacist during a live broadcast on MSNBC on Monday during coverage of the Republican National Convention.

King, who just days before had defended his placement of a rebel flag on his desk, told the panel of pundits that the U.S. should really stop caring about racial relations since in his view, white people had made most of the valuable contributions in world history.

“This whole white people business, though, does get a little tired. … I’d ask you to go back through history and figure out where are these contributions that have been made by these other categories of people that you are talking about. Where did any other subgroup of people contribute more to civilization?”

Well if that isn’t about the most Eurocentric view I’ve ever seen! King has a lot of learning to do concerning continents other than Europe and America (the upper half).