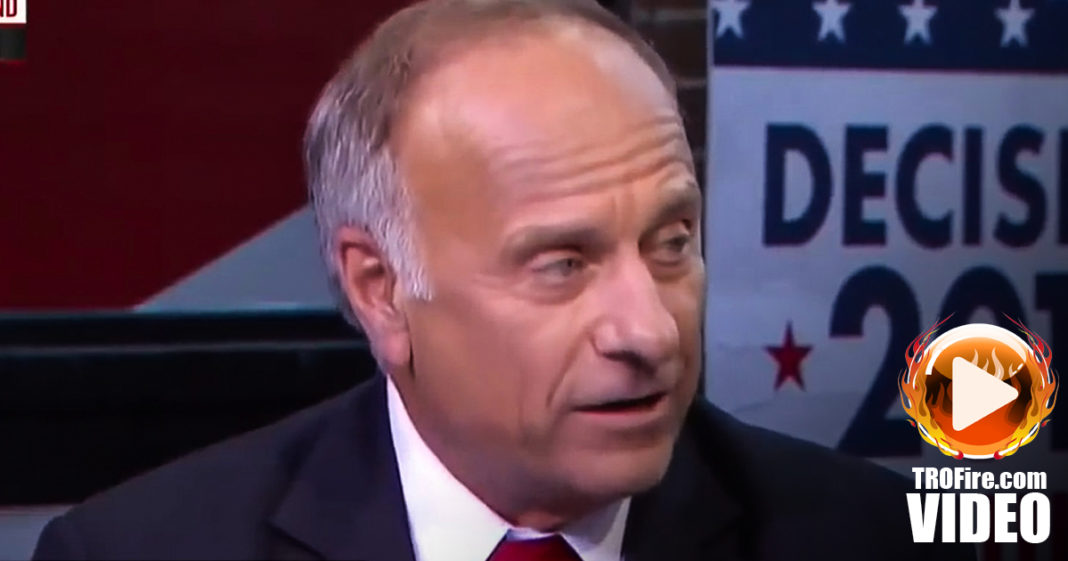 Rep. Steve King has never been one to shy away from making absurd and outlandish claims, but in an interview with Chris Hayes on MSNBC this week, King dropped all pretenses and put on his metaphorical Klan hood. Ring of Fire’s Farron Cousins discusses this.

Representative Steve King gave an interview last night with Chris Hayes during the Republican National Convention. He had some pretty, I guess you’d call them startling things to say. Take a look.

Does get a little tried, Charlie. I mean I’d ask you to go back through history and figure out where are these contributions that have been made by these other categories of people that you’re talking about. Where did any other subgroup of people contribute more to civilization?

We’re not going to argue the history of Western civilization. Let me note …

No, no, no. Let’s argue the history of this country.

Let me note for the record, that if you’re looking at the ledger of Western civilization …

Whoa, whoa, whoa man. Look, first of all, not even close to being true. However, if you honestly believe that white people are responsible for most of the advancements of civilization throughout the history of man, than you really do classify yourself as a white supremacist. Keep in mind this is a man who is representing people in Congress right now. Steve King had previously called for Muslim bans, but now we see through that. He just doesn’t want to ban Muslims, he wants to ban every non white people because according to him, they’re just not contributing enough to the advancement of civilization. Nobody’s ever done more than white people. I’m assuming that he means that nobody has ever done more than white people in terms of oppressing everybody else because really, isn’t that what they’ve done all throughout history? I wasn’t a history major, but I took plenty of history courses. I understand that white people have pulled off some of the biggest atrocities known to man throughout the years.

Steve King needs to pick up a book, preferably not one manufactured in Texas, but you need to fully understand exactly how bad white people have been for everyone else on this planet throughout the years before you get on national TV and say that white people are yay number 1. That’s not how it actually happened.