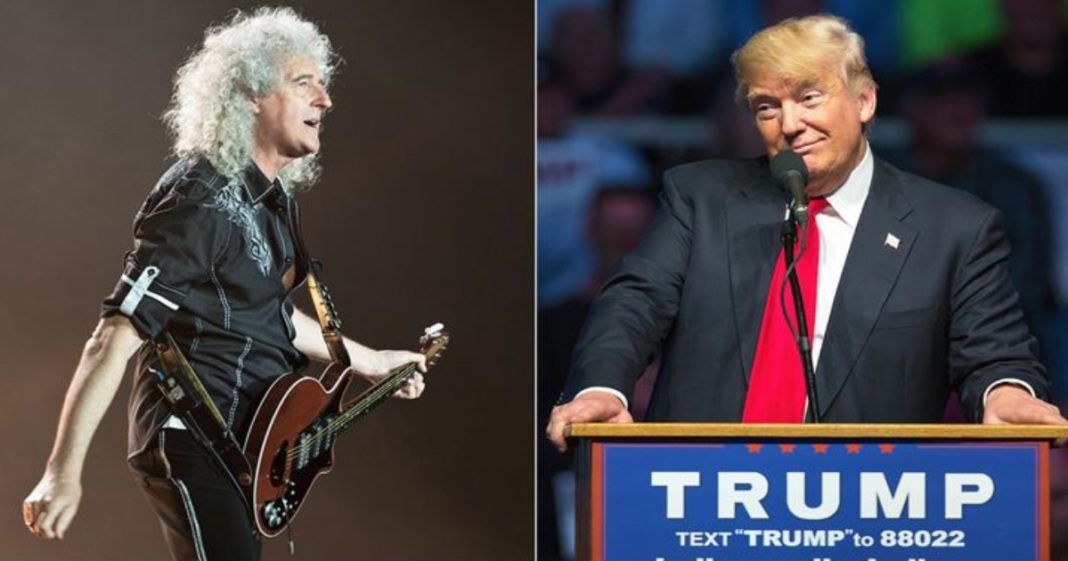 Like many other bands and musical performers before them (most notably Adele earlier this year), the band Queen made a plea to the Trump campaign on Tuesday for the orange candidate to stop using the group’s famous song “We Are The Champions.”

Trump used the famous song as his introduction for wife Melania during the widely broadcast and publicized Republican National Convention on Monday.

An unauthorised use at the Republican Convention against our wishes – Queen

This is not the first time that the famous band has made their displeasure at the use of their music public, as last month guitarist Brian May said that the campaign never sought, nor was ever granted, permission to use their music.

There is no word now about whether or not the band will be taking legal action over the use, but we can only hope that they sue the campaign into the ground.