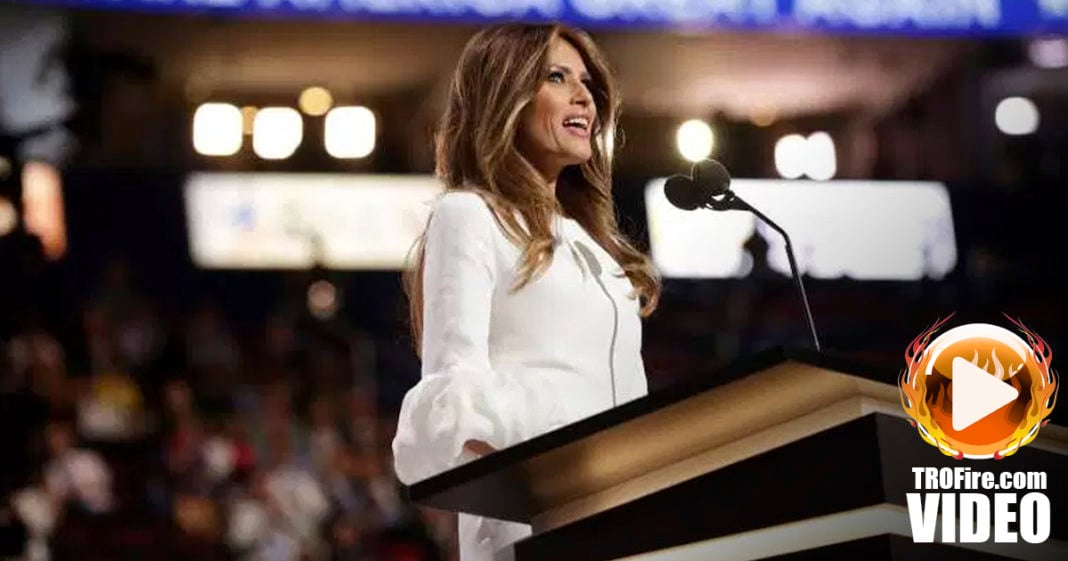 Melania Trump is in the news for all the wrong reasons today. At last night’s Republican convention, she delivered a speech that was nearly a word-for-word copy of Michelle Obama’s speech from the 2008 Democratic convention. Ring of Fire’s Farron Cousins discusses this.

Night One of the Republican National Convention has come to a close. It really was just as absurd as you would expect from this election cycle. The most absurd thing of the evening was not Antonio Sabato, Jr. saying that Obama was definitely 100% a Muslim. It wasn’t Rudy Giuliani’s unhinged take on the fact that everything in America and everything outside of America is going to kill us eventually. Nope, the biggest screw-up of the night was Melania Trump ripping off Michelle Obama’s former speech at the Democratic National Convention.

When news outlets became aware of this, they began playing the two speeches side-by-side, and it was very clear that somebody just ripped word-for-word what Michelle Obama had previously said at a democratic convention. Obviously, Melania Trump did not write her own speech. I don’t think anybody thinks that she would do that. Somebody, some speech writer somewhere with the RNC, with the Trump campaign, somewhere, ripped off that Michelle Obama speech. What’s funny about this is that the Trump campaign is actually coming out and saying, “Nope. This was not ripped off whatsoever.”

We can see the videos. We have transcripts. Yes, it was. There’s no denying that. In fact, the Trump campaign is now telling us that it’s the Hillary Clinton campaign’s fault that this has become an issue. Fox and Friends this morning decided to completely dismiss the issue, act like it didn’t even exist, then turned around to blame Michelle Obama for it, as if she somehow went to the future, took the speech from Melania, gave it in the past, and I don’t know what exactly they think happened. Something to that effect.

Listen, this is the kind of stuff that would get you kicked out of middle school, let alone for a major political party. This is going to be very bad for the Trump campaign, for the Republicans in general, and that’s a great thing. Melania Trump has no business talking about the things that Michelle Obama has talked about- working hard for a living, try to overcome oppression. That’s not something Melania or anybody with the last name of Trump at that convention has ever had to deal with. I actually applaud the corporate media on this one because they did a phenomenal job of immediately pointing out how big of a fraud, not just Donald, but Melania Trump is as well.