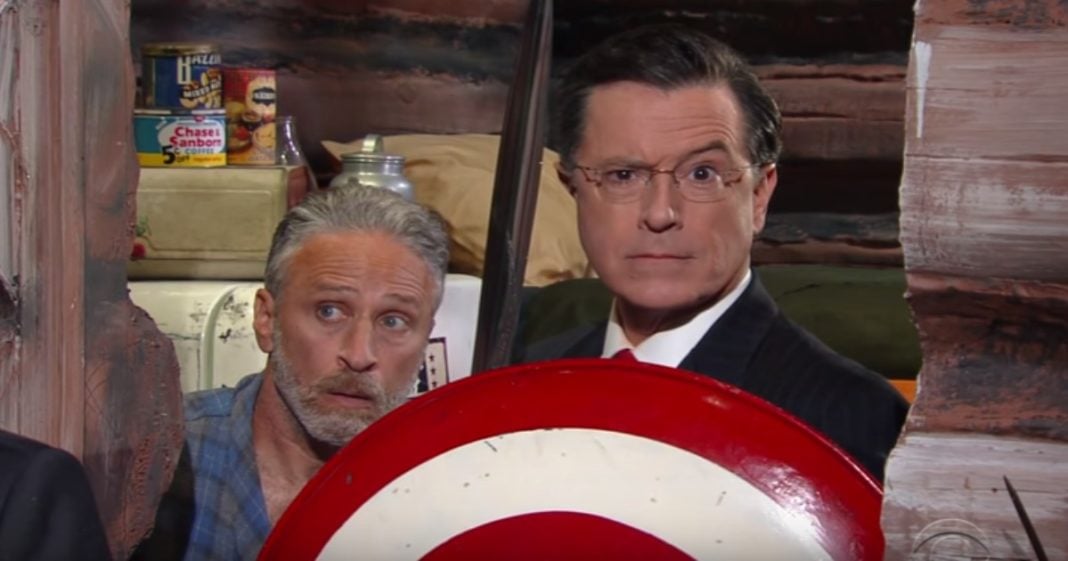 On Monday evening, Stephen Colbert, host of The Late Show brought back his political alter-ego to provide live coverage of the Republican National Convention.

Before he was able to do that, though, Colbert had to go visit Jon Stewart in his secluded cabin in the woods to alert the former political pundit to the reality of GOP politics today.

Upon first glance, Stewart assumed Colbert was merely a Pokemon-obsessed kid looking for the nearest Poke-gym, but once he realized it was his old buddy Colbert, he invited him in for a cup of chai-kombucha and some homemade kale jerky.

But this was no time for hippy snacks; Colbert had to bring Stewart back to the civilized world so he could provide valuable insight and commentary on the 2016 election.

Stewart did an impressive spit-take of his chai-kombucha when Colbert told him the nominee wasn’t Jeb Bush – it’s Donald Trump!