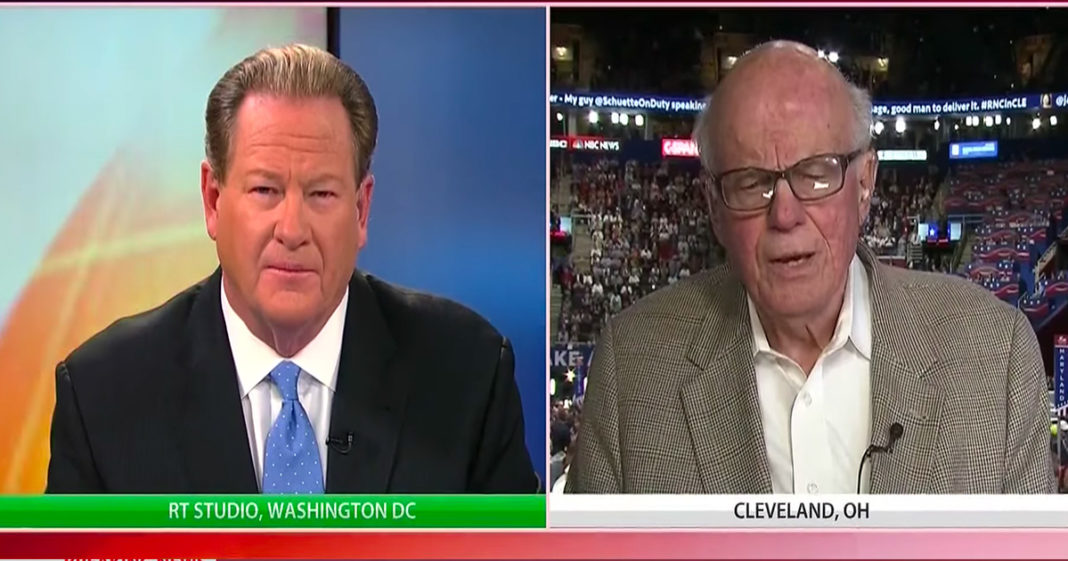 The opening day of the RNC convention was marked by demonstrations outside and political chaos inside the Quicken Loans Arena. Delegates from at least nine states wanted a state-by-state vote on whether delegates could go against convention rules, and vote for the nominee by conscience rather than by how they were assigned to vote. To discuss, Richard Viguerie, chairman of conservativehq.com, joins ‘News with Ed’ and says that the “GOP establishment is out of touch with the grassroots.”