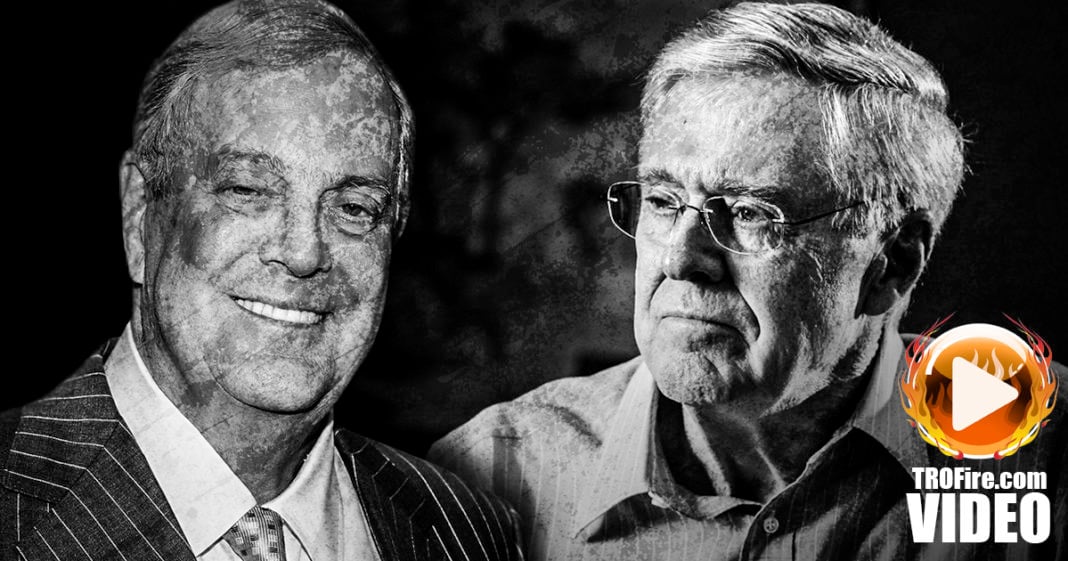 Several Koch-funded organizations were fined last week for breaking campaign finance laws, but the total amount of those fines was only about 1% of the total amount spent by these groups.  That’s not a punishment, and it will do nothing to deter future criminal behavior. Ring of Fire’s Farron Cousins discusses this.

The Federal Election Commission, the group that’s supposed to be policing money and politics and making sure that all of these Super PACs and 501(c)(3) groups are actually playing by the rules, last week they announced that they were going to slap three different groups that were partially funded by the Koch brothers with fines for violating money and politics rules. That is great news, until you actually see what the FEC decided to do. Between these three groups, the fines are going to total $233,000. Now, it seems like a fairly decent chunk of change for average Americans, but not for these groups because that total amounts to slightly more than 1% of the political spending that these groups did in one year. That’s right, these three Koch-connected groups in one year spent $22 million, violated the laws, so they only get slapped with a fine of $233,000. That is chump change compared to what these groups and groups all over the country are spending.

In fact, if they’re anything like corporate America, they’ll just start building these fines, 1%, into their total operating expense and just expect to pay them every year because it’s nothing. If we want to be serious about removing money from politics, the Federal Elections Commission has to get serious about cracking down on corporate offenders. These 501(c)(3)s are not allowed to advocate on behalf of a politician. They’re not allowed to talk politics, they’re supposed to be “social welfare groups,” but instead they’re actively engaging in politics, attacking one opponent, promoting another, and that is against the rules.

Look, regardless of how you feel about money and politics, we can all at least agree when these groups screw up, they should be punished. If the FEC is not going to do their job, why even bother having an FEC at this point? Why even bother talking about money and politics if we’re not going to punish those who break the law? We have serious problems with our democracy right now and it all stems from unlimited corporate spending. If the Koch brothers are going to skate by, break the law and pay a little more than 1% of their total expenditures in fines, they will not change their behavior whatsoever. In fact, it may actually increase because they know that they can afford to screw up. That is the problem with our democracy, and that is the way the Koch brothers wanted.

If we want any real change in this country, we have to get corporate money out of our elections today.