Fox News has taken what was a mere rumor and brought it to the forefront of the Tesday news cycle as they announced on Tuesday afternoon that Fox president and CEO Roger Ailes has officially been fired.

They aren’t planning to leave the pig out in the cold without a bit of mud, though, as the network has reportedly agreed to give Ailes a whopping $40 million severance package – a parachute, if you will.

The shakeup comes amidst the sexual assault and wrongful termination suit being lodged against Ailes by former Fox host Gretchen Carlson. The network claims they aren’t firing Ailes as a direct result of a suit, but rather from a deeper investigation into his managing style as a result of Carlson’s complaint.

Whatever reason they claim, the network is now officially done with the piggish president who has ruled over Fox News with an iron fist. It’s anyone’s guess about what sort of white, old man they will dredge up to replace him – possibly Donald Trump, fresh from his presidential defeat?

It’s hard to imagine the network behaving any worse than it did under Ailes’ tenure, but that’s putting too much faith in Faux News.

Notably, several of your favorite fox pundits might also take this opportunity to exit the network as Bill O’Reilly, Sean Hannity, and Greta Van Sustren all have clauses in their contracts allowing them to depart if Ailes leaves the network. We will just have to wait and see which of these shining stars take their toys and head home in the footsteps of daddy Ailes. 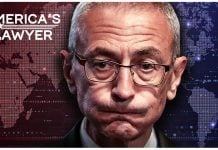