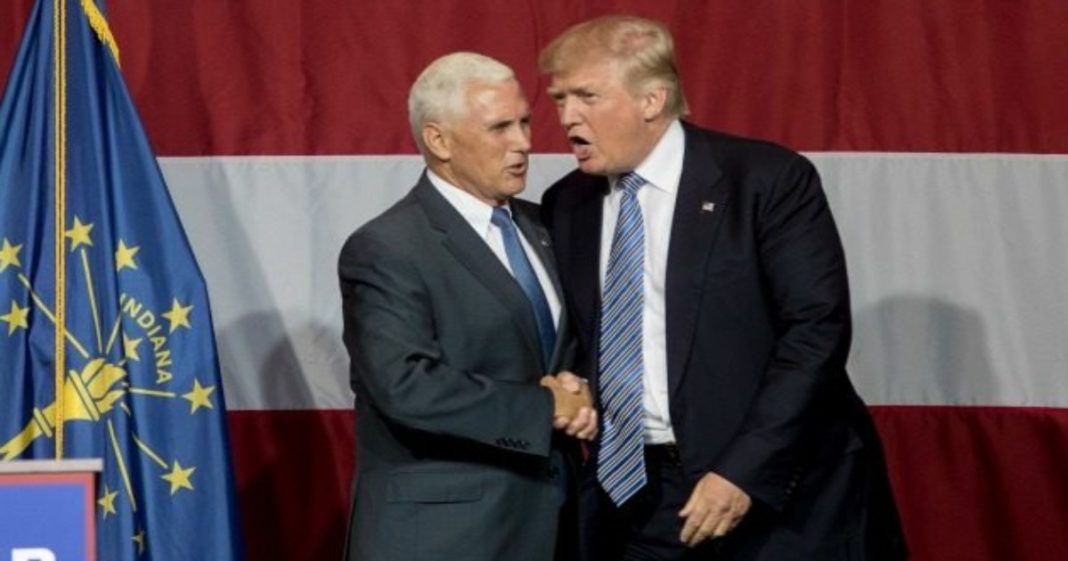 Considering that his campaign and the media had spent so much time building up the Republican vice presidential announcement from Donald Trump, the way Trump chose to tell the world about his new sidekick Mike Pence was more than a bit underwhelming.

First, the story leaked through various outlets, with the information all but confirmed that Pence was the guy. Campaign staffers and managers denied the leak, saying Trump hadn’t yet made up his mind.

Then Trump postponed his news conference on the subject because of the terrorist attack in Nice, France.

Then, when Trump discovered that it wasn’t winning him any political points by postponing, he unceremoniously announced his V.P. pick via a Twitter post – the first of its kind.

I am pleased to announce that I have chosen Governor Mike Pence as my Vice Presidential running mate. News conference tomorrow at 11:00 A.M.

Finally, Trump held a half-hearted news conference on Saturday, focusing much more on his own attributes than those of his new golden boy Pence.