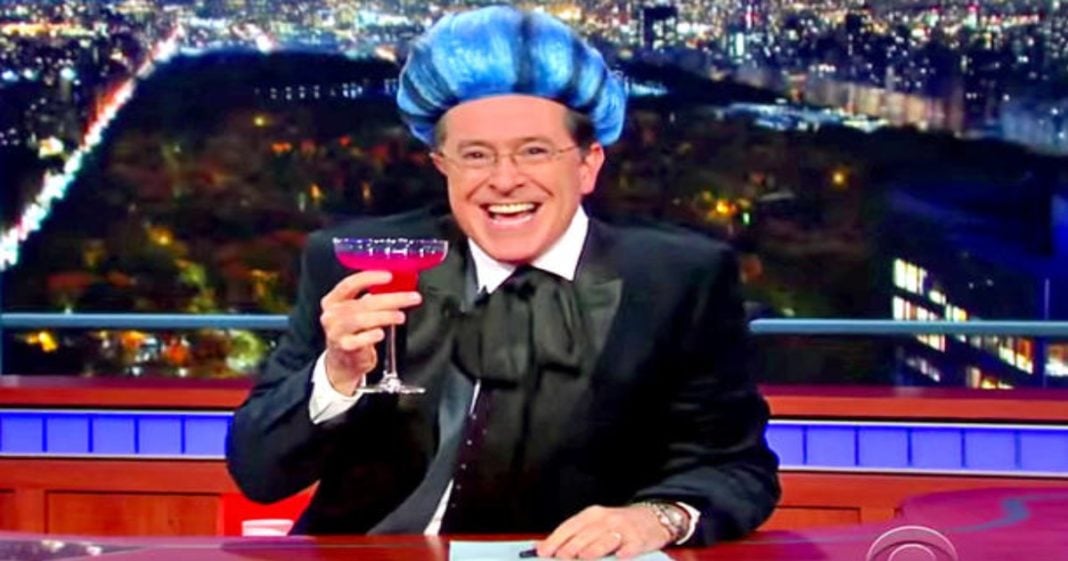 Consider it a badge of honor that political comic and late night host Stephen Colbert got himself unceremoneously removed from the Republican National Convention before it had even begun.

Colbert arrived dressed in his Hunger Games-inspired outfit, with a tall blue bouffant and flashy outfit but the RNC thugs weren’t happy to see their super serious event turned into a liberal, comedic mockery.

Colbert declared that he intended to launch the 2016 RNC Convention.

“It is my honor to hereby launch and begin the 2016 Republican National Hungry For Power Games!”

With a slam of his gavel, it was so, but not before security guards descended upon him and forcibly removed him from the venue.

As he was being removed, Colbert offered one more killer quip:

“I know I’m not supposed to be up here but to be honest, neither is Donald Trump.”