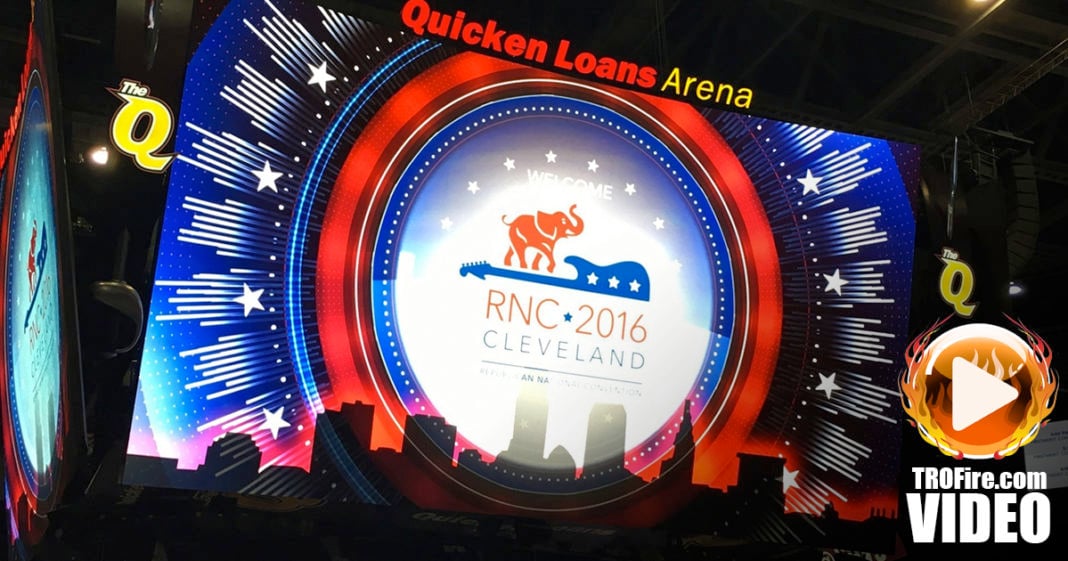 If you’re hoping to catch a glimpse of a major celebrity or a motivating political figure then don’t look to the RNC.  This year’s convention is packed with celebrities you’ve never heard of and politicians with an IQ of room temperature. Ring of Fire’s Farron Cousins discusses this.

Right now, the entire United States is focusing on the city of Cleveland as the Republican National Convention gets underway, but if you were expecting to see any big-name celebrities or really anybody that has anything intelligent to say, I advise you to not look at what’s happening in Cleveland; so far, some of the speakers that Donald Trump has coming out on his behalf to support him include superstar Scott Baio, Antonio Sabàto Jr., Kimberly Brown, and Willie Robertson, one of the old guys from Duck Dynasty. Now, those are the celebrities that have come out to the convention that are going to speak on Donald Trump’s behalf. Now, look, I don’t want to get into a pissing match here, but think about the fact that when Hillary Clinton has celebrities that come out and endorse her or go to fundraisers for her, it’s people like Leonardo DiCaprio, and George Clooney, and Gwyneth Paltrow. I mean, real A-list people, and Donald Trump has to get people that you have to Google to find out what they’ve even done in their lives.

Scott Baio hasn’t been relevant since possibly maybe the early eighties. I don’t know exactly when Charles in Charge came out or when it ended, but that’s about all he is known for. Furthermore, on the political front, he’s got such brilliant heavyweights as Rick Perry, Mitch McConnell, Paul Ryan, Ben Carson is going to be woken up and brought out onto the stage, and of course the ever-depressing Chris Christie. These are the people that Donald Trump has speaking for him. Not just for him, but for the entire Republican Party, and of course, anybody whose last name is Trump also has a speaking gig at this convention. If you go through the schedule, almost every other speaker’s last name is Trump. Donald Trump has to pull people from his own family. I don’t know if it’s that he has to, or that he chooses to, but judging from the amount of people that refuse to go to the convention, including both of the only living Republican presidents and their entire family, and Mitt Romney, I would say that Donald Trump had no other choice but to put his family on that list.

It’s kind of reminiscent of the story about Donald Trump having a birthday party one time in Las Vegas, and his staff having to pull in hotel staff members to attend the party because nobody wanted to show up, and that, ladies and gentlemen, is who Donald Trump really is. He’s got to have a packed room. He’s got to have a packed agenda, and when he can’t find anybody with anything of substance to say, he just pulls in whoever the hell he can find. That is exactly what’s going to happen this week, and I can tell you, we’re not going to hear anything really important, really life-changing information coming out of this convention, because it’s not just Donald Trump. It’s the Republicans, the party of absolutely no ideas. All they can do is just hate things and tell us why we need to hate those things as well.