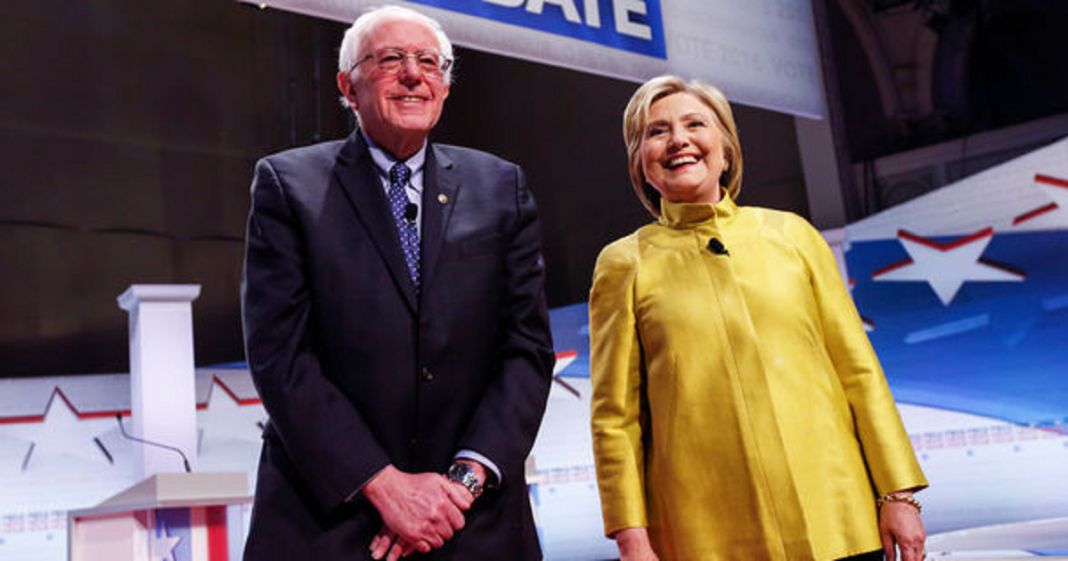 During an interview on Good Morning America on Monday morning, Senator Bernie Sanders said that he felt he had one job these days: making sure Clinton becomes the next president of the United States.

“It is absolutely imperative for the future of this country that Donald Trump not be elected president of the United States.”

When host Stephanopoulos asked whether the choice was a “lesser of two evils” scenario, Sanders said, ““No, it’s not about the lesser of two evils.” The senator then listed several aspects of Clinton’s campaign which would help the working class and middle-class families.

When asked a follow-up question about whether he might have a position in Clinton’s administration, Sanders said that getting her elected was the only “job” he is currently concerned with.

“Right now, what my job is to do to make sure that Hillary Clinton is elected president, that we defeat Trump and come up with a set of principles and an agenda that speaks to the needs of working families.”