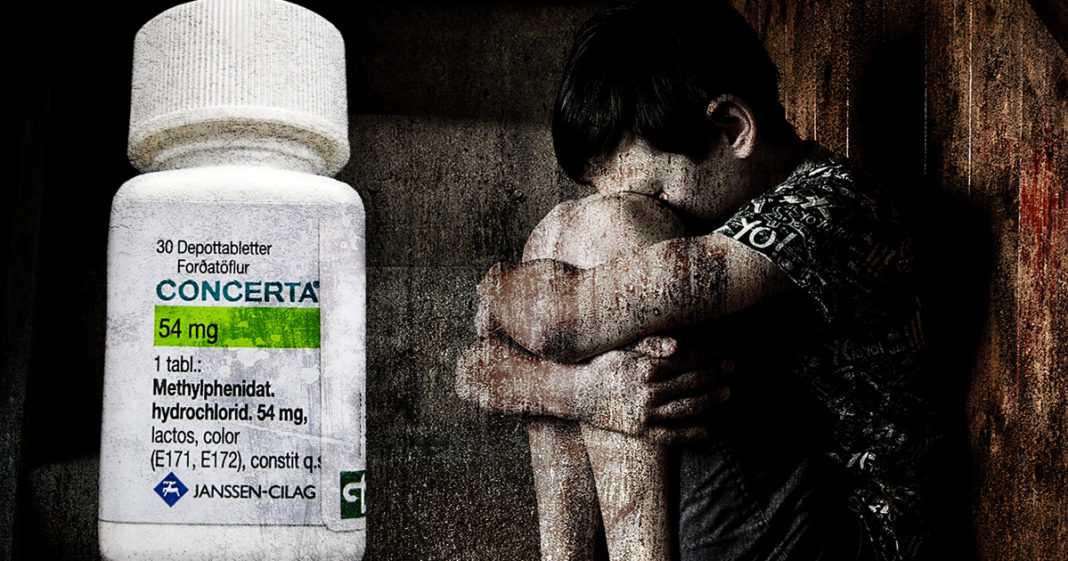 ADHD medications have been linked to a host of problematic side effects including gynocomastia and heart problems, but one of the biggest dangers with these medications is that some of them are now being linked to suicidal thoughts and actions in teenagers – the largest group taking these pills. Ring of Fire’s Farron Cousins discusses the dangers of one of the most popular ADHD medications, Concerta, with attorney Robert Price.

Learn more about the dangers of Concerta here.

Cousins: Robert, like we’ve seen with so many other pharmaceuticals just over the years, there’s always a new drug that always has some new problems. Concerta, this ADHD medication, which ADHD is one of the most diagnosed illnesses, I guess you’d call it, in adolescents these days, tell us what we know right now about this Concerta ADHD medication.

Price: Thanks for having me on, Farron. What we know right now and the reason we’re talking today is that we know that there is a disproportional or an imbalanced risk of suicide in teenagers who are taking Concerta. That’s the concern that we’re looking at and what we’re investigating is that we are seeing a trend, as compared to the normal population, a trend of teenagers, pre-teens, children taking Concerta, and then attempting to commit suicide or actually committing suicide. It’s a very serious issue as many of us know. Especially many people who are parents know that 1 case of suicide for a child is an unacceptable thing.

Cousins: What are some of the things that Concerta does? What exactly is this medication supposed to do in children?

Price: As you mentioned earlier, ADD and ADHD, attention deficit disorder or attention deficit hyperactivity disorder, is a disorder in children that is … It’s kind of a trendy diagnosis. You didn’t see it 30 or 40 years ago, but you see it a lot. As time goes on, you see it more and more and more. It’s basically characterized as trouble paying attention in school, trouble focusing. A lot of time parents see that their children are not making good grades, or they’re acting up in school and things like that. How the drug actually works is the drug, it plays with chemicals in the brain for … If I can use a layman’s term, it plays with the chemicals in the brain and it helps the child focus.

Basically it’s derived from … It’s a stimulant is basically what it is. When it gets into the child’s system, it changes the child’s behavior, and what we see, and something that was brought up to the FDA several years back, is it produces a different behavior in some kids. In some kids, it makes them aggressive. It makes them angry. It makes them quicker to do behavior that they wouldn’t otherwise do. One of the things that we think was not properly warned about is you see it, it makes kids want to take their own lives. That’s what we’re seeing here.

Cousins: Have there been any cases of actually successful suicide attempts among users of Concerta?

Price: Yes. Yes, Farron. Unfortunately, there have been adverse event reports. There have been some studies and some case reports on children who have taken Concerta and they’ve taken their own lives. Some of them have attempted and had physical damages from that, and some people have actually successfully killed themselves unfortunately. Poor kids, taking their own lives, while they’re on this drug. We see in the scientific literature, we see case reports. We see what are called adverse event reports, is when the drug is on the market and it’s brought to a doctor’s attention. It’s eventually funneled through the pharmaceutical company’s attention, which is an issue as you can imagine. It’s eventually reported in the literature. We see it out in the population.

There have been some studies that compare that rate of children who are on Concerta and who have attempted or committed suicide, and compared that to the general population. We see what we consider to be a drastic increase in those 2 numbers. Now these aren’t giant numbers, and these aren’t thousands of what we’re seeing, but we’re definitely seeing a big increase.

For example, there’s a study out there that shows a 162-fold increase. Now, we’re only talking a few different cases, but you have to remember, these are children. Children don’t commit suicide. Children don’t take their own lives, but when they’re on Concerta, if you see 5, 10, 15, or increased cases of suicide, what we’re seeing is that’s a big issue. That’s a red flag, and that’s a statistical indication that there’s something going on with this drug. In a few cases … There’s no such thing as an acceptable case of a kid who tries to kill himself or actually kills themselves. What we’re seeing is a statistical situation where there’s a causality with this drug.

Cousins: Did the company know about any of this when they released the drug on to the market or since it’s been released? Was the company aware that this was a potential side effect?

Price: We are early in litigation. It’s our position that the company was aware of many different things. For example, with the adverse event reports, the company is aware of those. The company is aware of what’s in the scientific literature, and many adverse event reports, as we discussed, go straight to the company. You’re going to see a problem there. The company sees it. There are different drugs that we’ve seen, Farron, and I’m sure you’ve even talked about in history, where as many as 1 or 2 cases of something bad, if it’s really, really bad, and there are few things that I can imagine that are worse than a child trying to commit suicide, if there are just a few cases of things that are bad, then it should be warned about.

It’s our position that if you have out there in science, in studies, that kids are at an increased risk of suicide, it should be warned about. Doctors should be made aware. Patients, people, parents who are considering putting their child on this drug should be made aware. As of right now, it’s not warned about in the warning label. What is warned about is this generalized, “It may affect your child’s behavior,” type of stuff, but it doesn’t say, “Hey, you could have an increased risk of suicide.” As a parent, that’s something you would want to know before you put your kid on this drug.

Cousins: Has the FDA taken any steps with this, or are they still doing their usual let’s wait and see type attitude towards this drug?

Price: There was some FDA concern several years back around the 2005, 2006 time frame. There was some activity between the FDA and the company. Essentially, if I could kind of nutshell that, essentially what happened is you see some increased language in the warning label over time about some of these things that I discussed, increased aggression, increased mood changes, things like that. Some of this stuff that you see many, many times where it’s a warning, but it’s not really a warning. It’s generic stuff that’s … A situation that is literally life or death, like suicide, is not … It’s not taken care of with a warning that says your child might have increased aggressive behavior, increased tendencies, things like that.

That is the product of some FDA attention that was … It was brought to the FDA. There are some other drugs out there that do treat ADD and ADHD that have better warnings, that have increased warnings, but here in the United States, unfortunately with the FDA, we don’t see that type of warning. Our neighbors over in Canada, based on some regulatory action up in Canada, in Canada, the same exact drug as of 2015 does have a suicide warning. Here we see again, in America, we have … A lot of times you see we’re the last country of many countries to act on a situation this serious.

Cousins: That is very disappointing. We have corporate failure. We have regulatory failure. Luckily that’s why we have people out there like you, your law firm out there, fighting this, trying to help these people, trying to warn people first and foremost, because we don’t want anyone to die because of a medication. Thank you for all that you do. Thank you for telling us this story. Keep fighting the good fight for us. Thank you very much, Robert.