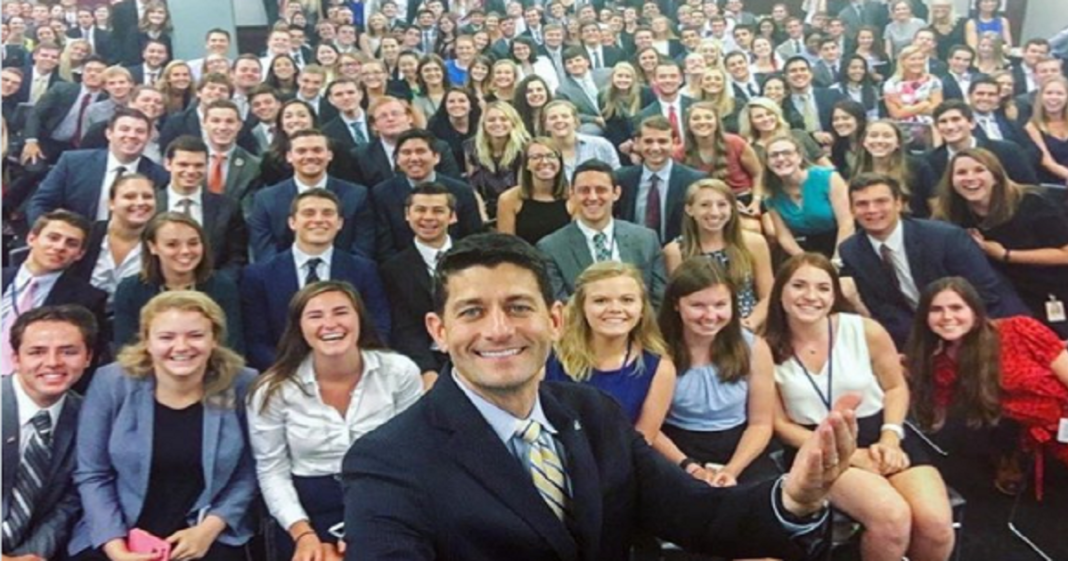 Speaker of the House Paul Ryan probably thought he was being hip and cool when he posted a large panoramic shot of Capitol Hill interns, boasting that it was probably the most interns to ever be featured in one photo.

But when he put the image on Instagram, users of the social media site noticed a certain factor of the photo which Ryan had failed to notice – all of the shiny, smiling faces were white!

The fact that Ryan saw no issue with all of those white faces smiling up at the camera, or that no one had noticed or worked to correct a serious racial diversity issue on Capitol Hill is worrisome.

Now of course white interns are no sin, but the fact that the racial representation was so woefully deficient is just another symptom of racial relations in America. At every level, our government fails to reflect the diversity of the country it is meant to represent.

Much diversity. Such white. So amaze. Wow. pic.twitter.com/UNaesB1Y4T