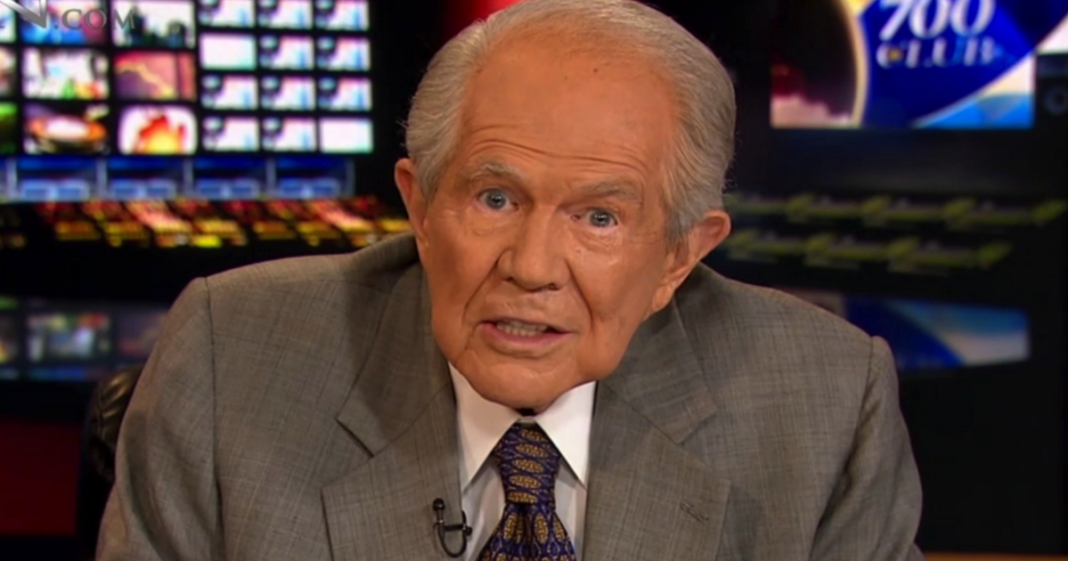 During yet another mind-numbing broadcast from televangelist Pat Robertson, the religious man who dabbles far too often in politics proclaimed that he believes that Trump will win the presidency in an “blow out.”

“The way things are going, from what I have seen, from past elections, it looks like it is going to be a blow out for Trump…it is just amazing…how does [Hillary Clinton] reinvent herself?…she is not really coming through as authentic….”

What Robertson fails to realize in his expert analysis is the fact that old, white, racist men are the minority in America. Much to their chagrin, the Bills and Roberts of America are dwindling day by day. Trump’s most valuable base may be vocal and motivated, but they just don’t have the numbers.

Now, I’m not saying Trump doesn’t have a chance to win – I would never be so naive as to suggest we shouldn’t be concerned about a Trump presidency, but nothing about this race is expected to be a landslide, especially not that particular outcome.