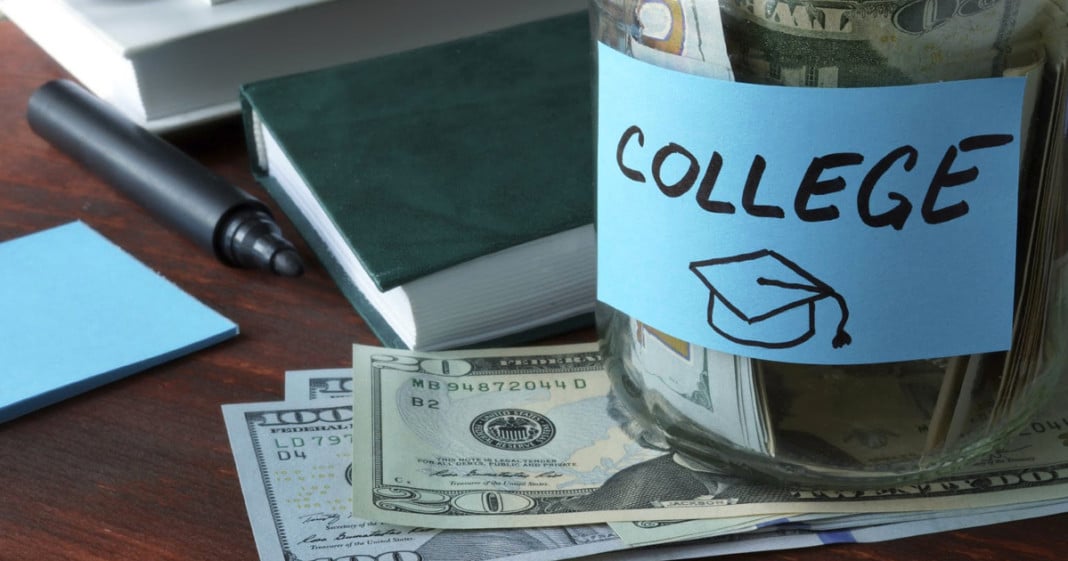 It is no secret that the cost of higher education – without which it is virtually impossible to make a decent living in today’s America – has skyrocketed out of control. Where the previous generation was able to work their way through college on a livable minimum wage, today’s college graduates are saddled with crushing debts that follow them beyond the grave.

Congress and the GOP have seen to the current situation. After cutting and cutting federal funding and support for higher education for decades, the have passed legislation that prevents student loans from being discharged in bankruptcy. If they are not fully paid by retirement, the debtor’s Social Security payments can be garnished. If the indebted individual passes on and there is a balance owing, they can come after the survivors.

It is a burden that no previous generation of college students in recent history has had to tolerate. Yet, in 2014, when the Obama Administration was attempting to address the issue,  GOP Representative Virginia Foxx of North Carolina said, “It is not the role of the Congress to make college affordable and accessible.” In her mind, the idea of the federal government trying to put higher education within the reach of everyone amounts to “total control of our lives.”

So what is the GOP’s solution? The usual – let the almighty “Free Market” take care of the problem.

The Obama Administration has fortunately created new rules to rein in the for-profit college industry, which not surprisingly, is rife with corruption, having ripping off thousands of students, saddling them with debts for worthless degrees, and lied through their teeth about job placement rates. Apparently, GOP members of Congress like Virginia Foxx think that’s just fine.

In 2014, the GOP was doing everything in its power to prevent the Obama Administration from enforcing those rules. And they don’t stop when they leave Congress, either. Former Kansas Senator Bob Dole – ironically, a beneficiary of a “Big Gummint” program called the G.I. Bill – has lobbied for Bridgeport Education, Inc. This corporation, which runs a chain of for-profit colleges and boasts of its “Innovative Solutions That Advance Learning,” is currently being investigated for fraud by the Department of Education and the Department of Defense, as well as the Attorneys General in 37 states. This of course is in addition to investigations and penalties imposed at the state level and lawsuits, too numerous to count, filed by former students and staff.

Yet, the GOP, which has also been chomping at the bit to sell off national parks to private developers, thinks that higher education is in good hands with the private, profit-driven industry. And of course, when the oligarchy has the jackboot of crushing debt on the necks of college graduates, those graduates won’t have the time or energy to engage in pesky activities like political activism and democracy, demanding a society that works for everyone.

At least, that’s their hope.

Here’s some irony for you: a great many of right wingers and members of the Cult of Ayn Rand frequent invoke the name of the Founders – particularly, that historic champion of personal liberty, Thomas Jefferson. But their beloved Jefferson would have unilaterally opposed government-run schools. His belief was that education should be run and supervised by “those most interested in its conduct” – in other words, parents, citizens and local communities.

Private, for-profit corporations like Bridgeport Education, Corinthian Colleges, Inc., and the University of Phoenix are interested only in next quarter’s profit & loss statement – making certain those profits are maximized at any and all costs. They don’t give a tinker’s damn about students, whether or not they actually learn anything, or if they are even able to get a decent-paying job after graduation. They just want the money, and plenty of it.

The GOP lives and dies by its religious belief that everything should be run for a profit – including health care, education, and the infrastructure that we all require in order to live. In some states, even the rain has been privatized through laws making it illegal to collect rainwater (is it any coincidence that these same states have been practically giving away water rights to companies that bottle water?).

While advocating for small, limited government, Thomas Jefferson said something else of which the Ayn Rand disciples of the far right and the Tea Partyers who invoke his name should be aware:

“The end of democracy and the defeat of the American Revolution will occur when government falls into the hands of lending institutions and moneyed incorporations.”

He also warned against “the selfish spirit of commerce [that] knows no country and feels no passion or principle but that of gain.”

The private, for-profit education industry is the poster child for that selfish spirit – and an entire generation of college graduates is paying the price.