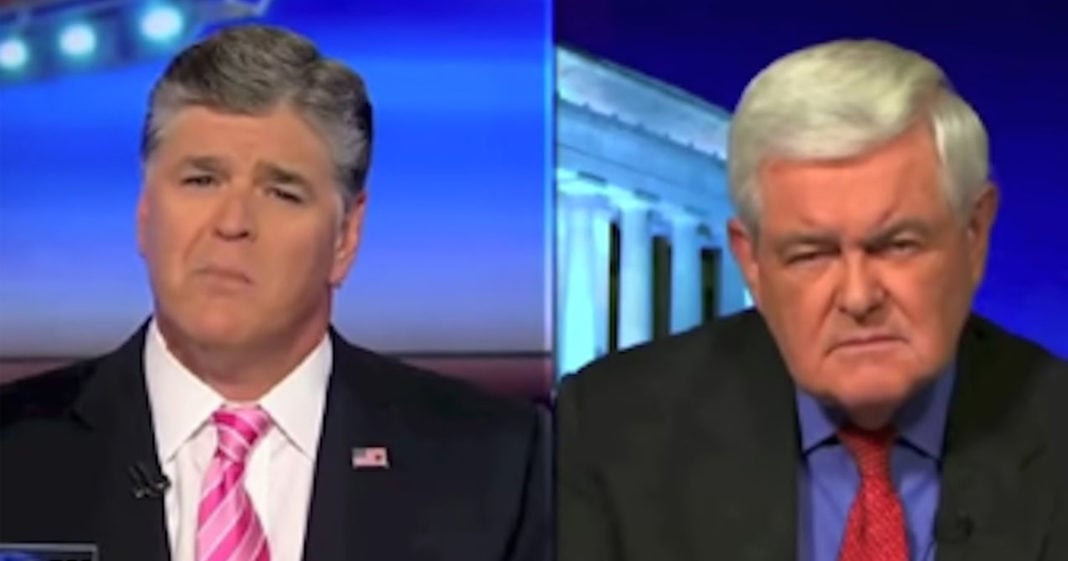 Newt Gingrich, having been as close to political relevancy as he has been in years, was no doubt frustrated to see his vice presidential chances gone down in flames as Trump decided on another hateful Republicans with a less punchable face for his running-mate.

Gingrich decided to vent a bit of those frustrations by turning his attention to the usual GOP boogeyman. No, not Planned Parenthood, or Hillary Clinton, or “the gays,” or bathroom laws, or defense budget cuts, or atheists, or immigrants.

In the wake of the horrific terrorist attack in Nice, France on Thursday evening, Gingrich told Sean Hannity during an interview the same night that he believes America should screen every Muslim in the nation to find out whether or not they support Sharia law.

If they do? Kick them out.

Gingrich’s wide, sweeping statement didn’t mention whether these Muslims are American citizens or not, merely suggesting that any Muslim at all that doesn’t adhere to his creepy religious test should be unceremoniously booted from the nation.

Gingrich also suggested that those who willingly and knowingly visit terrorist-sympathizing websites should be charged with a felony offense – the first amendment and general freedom of citizenry be damned.

Good lord, Newty, we get it; you’re sad you didn’t get the toys in the sandbox, but you don’t have to go around kicking sand on the rest of us. The try-out is over; you lost. Now you can go back to the gloom of obscurity and think about what you’ve done.