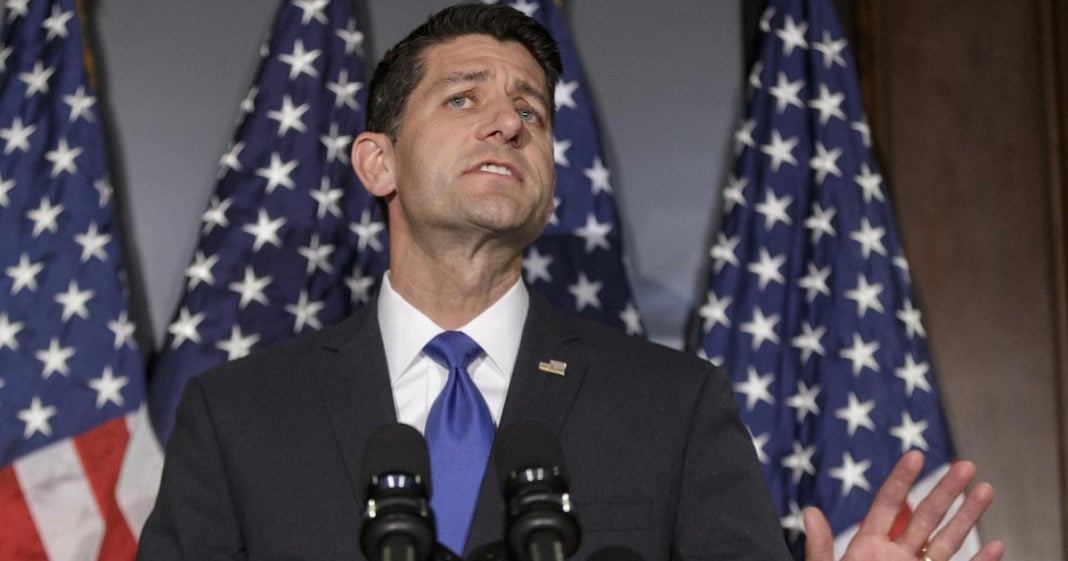 As Speaker Paul Ryan Reminds us in the video below, it has been one year since the Planned Parenthood videos were released to the public. These heavily doctored and falsely attributed video clips falsely claimed that Planned Parenthood was in the business of selling fetal tissue.

Though the videos have been roundly debunked and deep investigations into Planned Parenthoods nationwide have turned up nothing but a clean bill of health, bull-headed Republicans like Ryan continue to ignore the reality in favor of furthering their own agenda.

Watch him try to rewrite history and paint Planned Parenthood as a demon, once again.

It’s been a year since the nation was shocked by the grisly #PlannedParenthood videos.https://t.co/pSnfUZoDDr