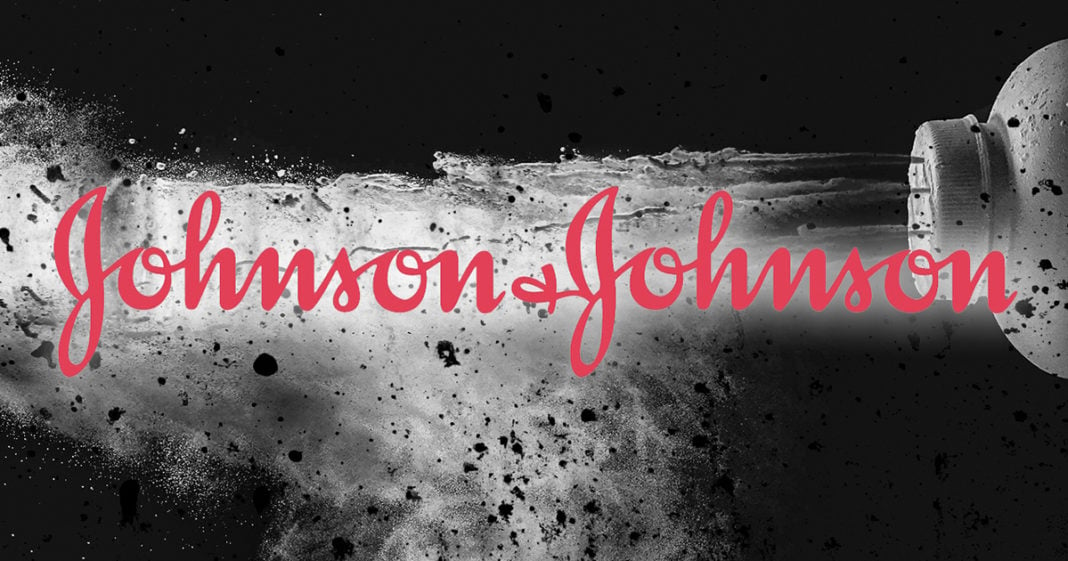 We’re learning more and more about the dangers of Johnson & Johnson’s talcum powder, and the latest news is that the company was specifically marketing the product towards lower income people. The talcum powder in the company’s products has been linked to ovarian cancer in women, and the company knew about it. Ring of Fire’s Farron Cousins discusses this with attorney David Haynes.

David: This is one of the most well-known household products of course that people have been familiar with for decades if not generations, such as Shower-to-Shower and the Johnson baby powder products. A lot of women are using this, a lot of women are using this for feminine hygiene issues, other just regular use. Talc is a mineral which actually contains magnesium, sulfate, and oxygen and also includes asbestos. It was always thought to not be cancer causing agent, but as it turns out, Johnson & Johnson had knowledge for decades of these concerns and the link between talcum powder, their specific product that they were marketing as incredibly safe and good for everyone, and they’ve known the link between talc and cancer, but they have never made it public and they’ve never made their consumer aware of the potential risk, and there have been no warnings on the product. Some studies have began to come out and they’re showing a very direct link between the use of talcum powder and ovarian cancer, and that the risk for those women who are using it for general application, ovarian cancer risk is increased by about 40%.

We have tens of thousands of cases a year of women who have ovarian cancer, if they’re talcum powder users, it very well may have been caused by this product and they’re not aware of it.

Farron: What is so frightening about this issue is, essentially from birth, I think everybody who’s had a child in the last 30 years has probably at some point had a bottle of Johnson & Johnson baby powder in their home. We start putting this on children, young girls and young boys from the day they’re born almost. Then they grow up, they continue to use it in different forms. And as you said it’s not just for feminine hygiene, it’s general use. If you put it under your arms, if you use it anywhere where you feel you need it, it still increases the risk of cancer by 30% for regular use and by 40% as you pointed out when used as a feminine hygiene product. This is essentially not safe at all really for any kind of use because it’s going to increase your risk of cancer. That’s what we’re finding out now and that’s, as I’m to believe is what the juries agreed with.

David: Yeah that’s true and obviously consumers need to make a risk-benefit analysis. When you’re looking at what the potential benefit is from talcum powder which is potentially a comfort sort of issue, to reduce sweating and chafing and things like that, versus the risk which is cancer and which can of course be fatal, consumers need to have that information so that they can make that analysis on their own. Many experts of course are coming out with their advise which is simply don’t use it because the benefits certainly don’t even begin to outweigh the potential risks. You start by using it from birth … We used this on both of my daughters when they were young as well and not knowing, but the fibers from the talc can travel up through the uterus and then to the ovaries where it causes ovarian cancer. Very disconcerting, you look at some of the marketing tactics potentially that are very concerning as well. They had a drop in sales in the early ’90s and Johnson & Johnson begun to market this specifically to African American and Latino populations of women believing that they were a better source for marketing this.

It is very popular among African American women to use as well, and so as the memos and the internal documents from Johnson & Johnson have come to the light of day, we’ve had sunshine shined on this in these two cases. We’ve had two very significant verdicts around the country both of which included very large punitive damages claims which the jury … Both juries both times have been upset clearly at what Johnson & Johnson knew and failed to reveal to these plaintiffs and to the public at large. We’ve had a first verdict of $72 million, $62 million of which was punitive damages, and the second verdict was $55 million, 50 of which was punitive damages. The jury certainly didn’t return those verdicts lightly, those are pretty extraordinary results and they are based upon this very large sophisticated company Johnson & Johnson not sharing the information because they don’t want to put warnings on the bottles.

Farron: It is interesting, we’re looking at … I think there is at least 1,200 more lawsuits against the company that have already been filed. When we talk about the fact that tens of thousands of women every year develop ovarian cancer and some of them may not know about the link between the use of powder, and then we get into a, as you just pointed out, the marketing of it. Johnson & Johnson when they ramped up this marketing towards African American and Latino women, they knew at that time, correct me if I’m wrong, but they knew at that time that it was linked to cancer.

David: Yes, they have had this information, they’re the experts of course, it’s their product. Johnson & Johnson is a huge company, it seems like we’re regularly talking about that particular company with defective products that are on the market. Unfortunately in their safety culture, they’re internally with their scientists and their epidemiologists at Johnson & Johnson, they really need to be taking a look at that. They’ve known of this information for decades, they proceeded with this marketing blitz to the African American community in the 1990s, yet they’ve concealed it because if this information comes out, of course sales will be drastically affected and this is a cash-cow for Johnson & Johnson. It’s a very serious issue obviously, 20,000 women diagnosed annually with ovarian cancer and over 15,000 women die annually from ovarian cancer. Still, the information is not out there to the public that this in fact could have been the cause of their cancer or their loved ones cancer. It’s very sad.

Farron: Is there anything that we know about the bio-persistence of talcum powder. For example, if a woman had used it but she stopped using it five, ten years ago, does the risk decrease or does it kind of accumulate? Essentially, what do women need to know and do they need to go get checked out and how often should they be checked out? Do we know anything about that?

David: Yes, I think the answer is that we’re now getting some initial scientific studies and a lot more studies do need to be done. We are establishing the link, I think that the science is showing that long-term users are definitely at greater risk. As we talked about, there is a slightly elevated risk as well for those women who are using it for more of a feminine application. But more information is known, if you have been a long-term user of baby powder, you certainly may wish to consult with your physician about what risk you might be subject to and testing that can potentially be done. Of course genetic factors and other predispositions for cancer are always an issue. As we look at these situations, the main thing is that consumers need to have the information so that they can make an informed choice for themselves and their family, their children and their babies as to whether or not they want to use what seems like a harmless product, but in fact is a mineral which contains magnesium and asbestos on their application and on their naked body.

This is something that consumers have the right to know about, and these large medical companies do not have a right to conceal the information that they have internally.

Farron: Exactly and as we’ve often discussed, it’s not the fact that a product does something bad, it’s that the company knew about it and made the conscious decision to not inform people, to not warn people, to not change their practices or their product, and that’s when they run into legal troubles. When they know about a problem, they do not inform people and they let them continue to be injured. David Haynes, these are the exact reasons why people like you are out there every day fighting these fights, holding corporations accountable and seeking justice for those that have been harmed. We appreciate everything you do both in the courtroom and on this TV show, so thank you very much for talking with us today about this very important product.

David: Thank you for bringing attention to this story Farron, thank you.