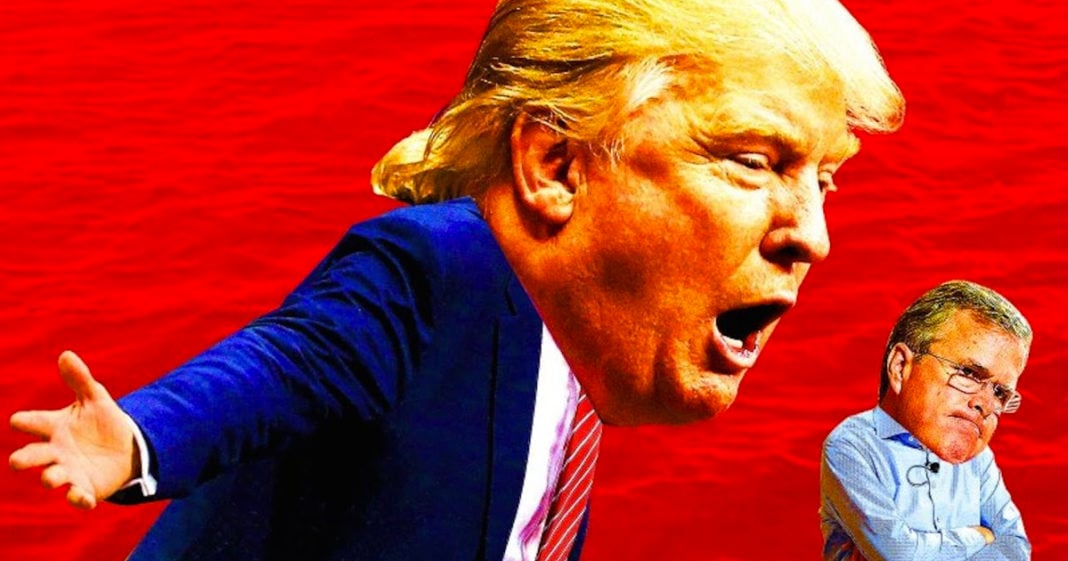 In this Majority Report clip, Nicole Wallace interviews Jeb Bush and asks him how it felt to be bullied by Donald Trump, whilst comparing him to her 4-year-old and schoolchildren who would be punished for behavior like Trump’s. She also suggests that maybe he should have just punched Trump during the first Republican debate. No really, she says that.