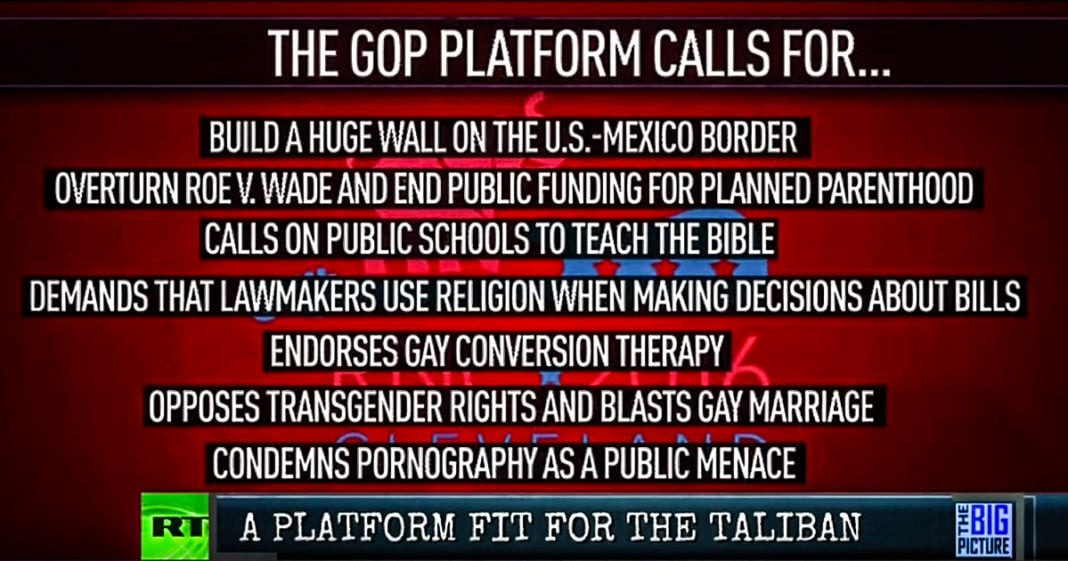 The 2016 Republican platform is officially less in line with what Americans want than was the 1956 Republican platform. Shouldn’t conservatives be embarassed that their party has moved backward in pretty much every way? We’re starting to get a clearer picture of the 2016 Republican Platform – and it’s absolutely insane. While this year’s Democratic Party Platform is probably the most progressive one in that party’s history – reflecting in every point things supported by between 55 and 90 percent of all Americans – its Republican counterpart can best be described as Sarah Palin on acid. Charles Sauer, Danielle Blevins, & Neil McCabe join Thom Hartmann to discuss this.