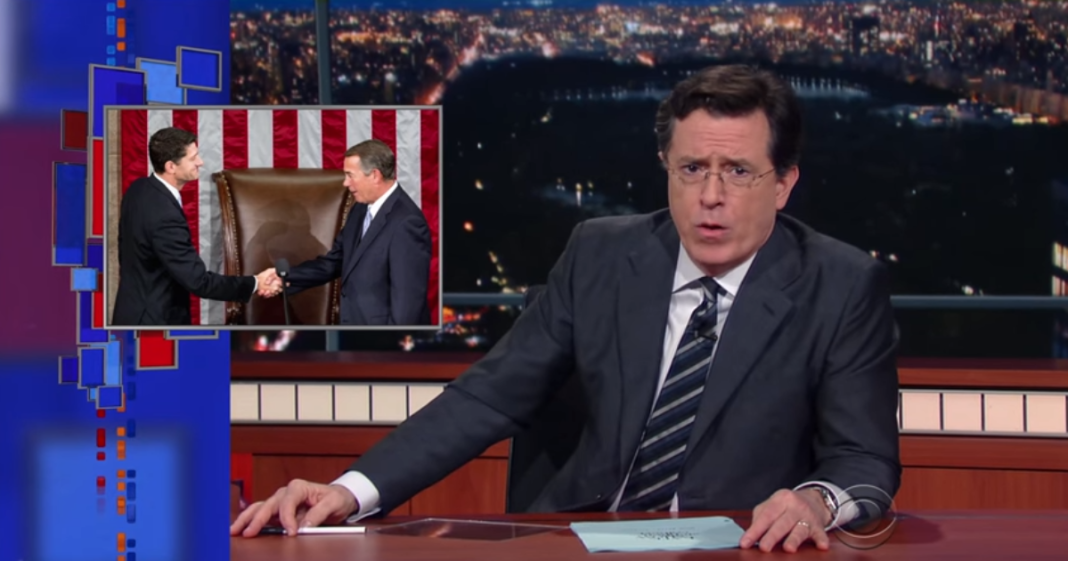 During a recent episode of “The Late Show,” host Stephen Colbert outlined the major political commitments in the GOP platform, decided this week.

Colbert’s transition to late night television has been less than smooth based on his clearly liberal stance, but that apparently doesn’t stop him from tearing the GOP apart bit by bit.

“There’s some very interesting things in the draft. The Republican Party has officially declared that coal is an abundant clean energy resource. Of course! That’s why you see all those photos of fresh-faced coal miners out there. It’s really too bad so many of them come down clean lung.”