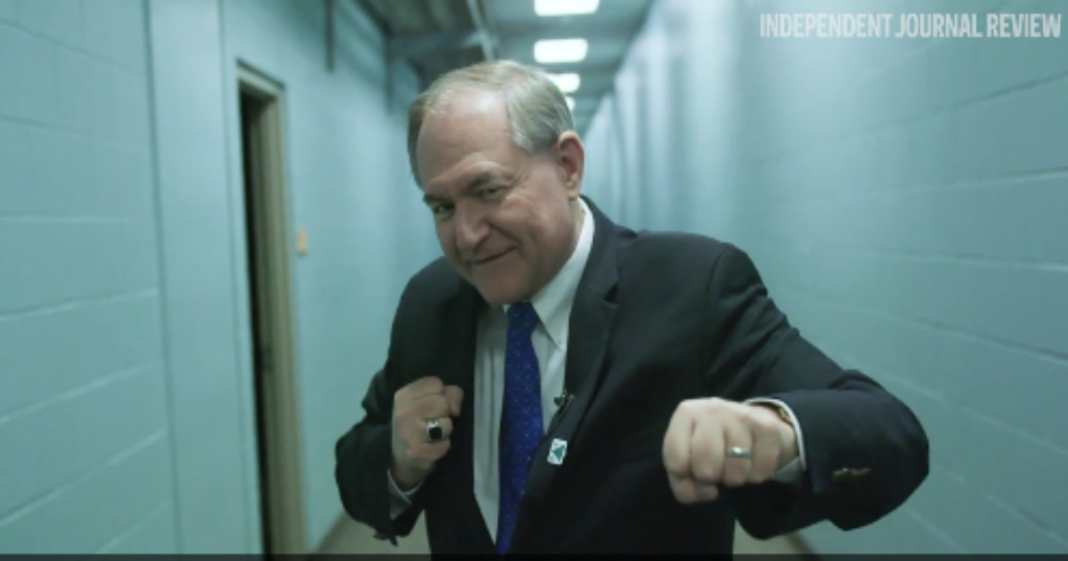 Throughout the 2016 election, the one person we have all been able to consistently rely on is dependable Jim Gilmore, the strong, mostly silent former presidential candidate.

American citizens everywhere have spent the past several weeks wondering “What would Gilmore do?” and finally, our savior has given us guidance.

“My goal is, Jim Gilmore’s goal is, to draw the party together.”

(In the third person.)

For those pitiful few who don’t recall Gilmore (and you should be ashamed), he was the conservative candidate we all wished we could be. Gilmore stood quietly on the fringes of the 2016 primaries, barely dipping his toes into the controversy and yet providing a calming alternative to the hectic Hellscape that was the inner circle of Republican competition.

Gimore noted his growing “Gilmentum” when he began to rise negligibly in the polls, hoping that his small growth in popularity would be the tipping point in taking down Trump. Alas and alack, it was not meant to be, and “Gilmentum” turned to Gil-dropped-out.

But though he lost, he is not forgotten, and his words echo across the conservative party which sorely regrets letting him go.

“I’ve not been supportive of Never Trump. I think that we need to unify the Republican Party. That’s very hard right now with the Never Trump movement. My goal is, Jim Gilmore’s goal is, to draw the party together.”

You keep fighting on, Gilmore, and I won’t love you any Gil-less!