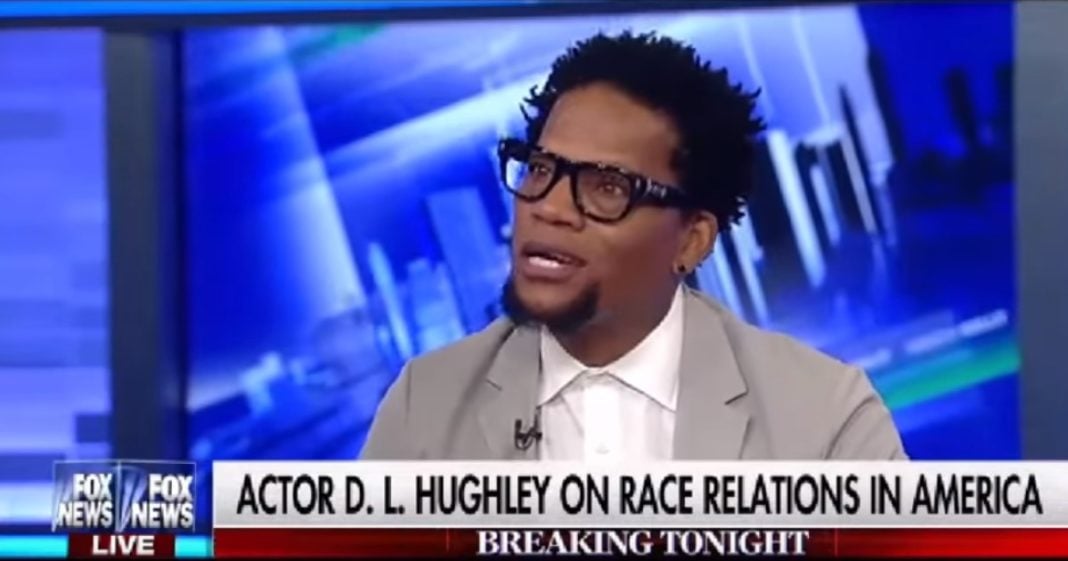 As is usually the case, our comedians are most often the truth-tellers in Modern American society. The most recent example of this is comedian D.L. Hughley who has taken to the airwaves in the midst of rising tensions between police and the African American community in order to share some hard truths with the public.

Hughley was invited to appear on Fox News to discuss his recent comments when he made the most honest assessment of the network in years.

In an interview with Megyn Kelly, Hughley told the anchor that her network had something very interesting in common with police departments nationwide.

“The only place racism doesn’t exist is Fox News and the police department. That’s absolutely true.”

Kelly replied that his comments were insulting to all who watch the network, but Hughley had a biting response prepared:

“I’m insulted by the things I hear on this network, so we’re even. I could care less about insulting people that insult me on a daily basis.”