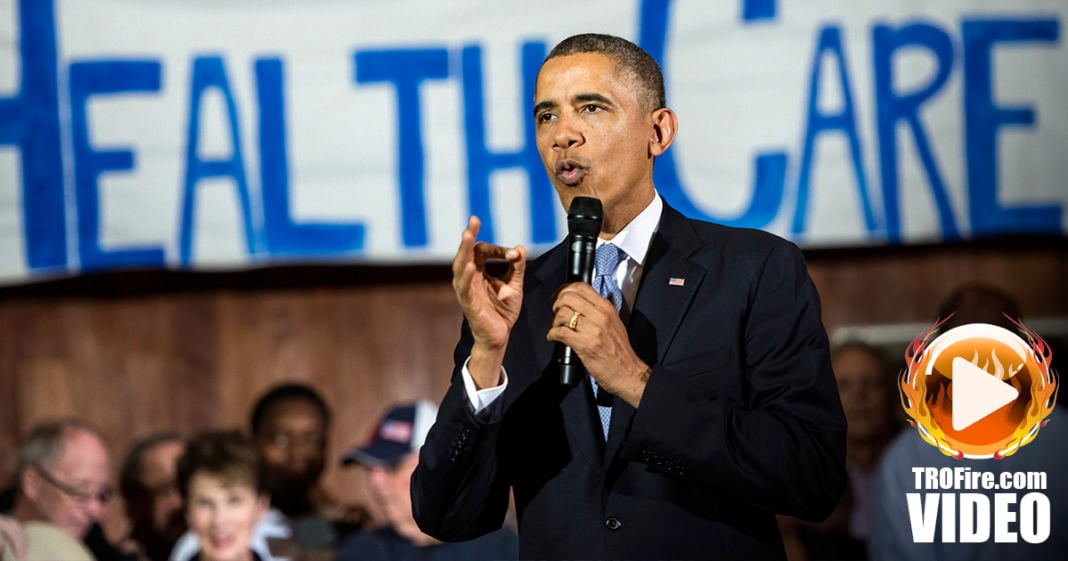 With both Hillary Clinton and Barack Obama announcing their support recently for public option healthcare, centrist (corporatist) Democrats are already trying to derail this idea before ink hits paper.  Some things never change. Ring of Fire’s Farron Cousins discusses this.

Recently, as we’ve mentioned before, both Hillary Clinton and President Barack Obama have come out saying they would possible support public option for healthcare in the United States. That’s great news. That’s something that is desperately needed in this country, but before ink could hit paper, before anybody could make a move on this, before this idea even made it past the talking point stage, we have corporatist centrist Democrats coming out telling us that there’s just no way that this is even possible. People like Joe Donnelly, Heidi Heitkamp, Mark Warner, Bill Nelson, Tom Carper, those democrats have all come out and said that this just isn’t something that’s quite possible right now. They may not support it. They probably wouldn’t. They’d have to see it first. What’s happening is that they’re completely ignoring the problem with healthcare in America right now. Who benefits from that? I mean, really, what possible reasoning could you have to being against a program that would provide every citizen of America with a cheaper alternative for healthcare. The answer has to be that these people are receiving money from the healthcare industry, from the pharmaceutical industry or from anybody in the healthcare industry. There is no other reason to oppose this plan when we know that the majority of Americans, Democrat, Republican, and Independent and everything in between supports this kind of idea.

The majority of people on Medicare, overwhelmingly, approve of the program. They support the program, and they think it’s working pretty damn well. Why not afford that same kind of healthcare coverage to the rest of this country? The only possible explanation is that these people are dependent upon money from the industry that a public option would take money away from. If you say we can’t afford it, then what about George Bush’s wars in Iraq and Afghanistan? We couldn’t afford those, but we found a way to pay. What about the $150,000,000,000 in tax money that the United States loses every single year from corporations hiding money off seas? If you were to just bring back that money, we could fund this. Not only a public option, hell, we could have universal healthcare coverage for what corporations are ripping us off for. These corporatist Democrats, they’re not going to change. The only thing we can do as a public to make this country better is to get rid of them, because corporate Democrats are no different from Republicans.