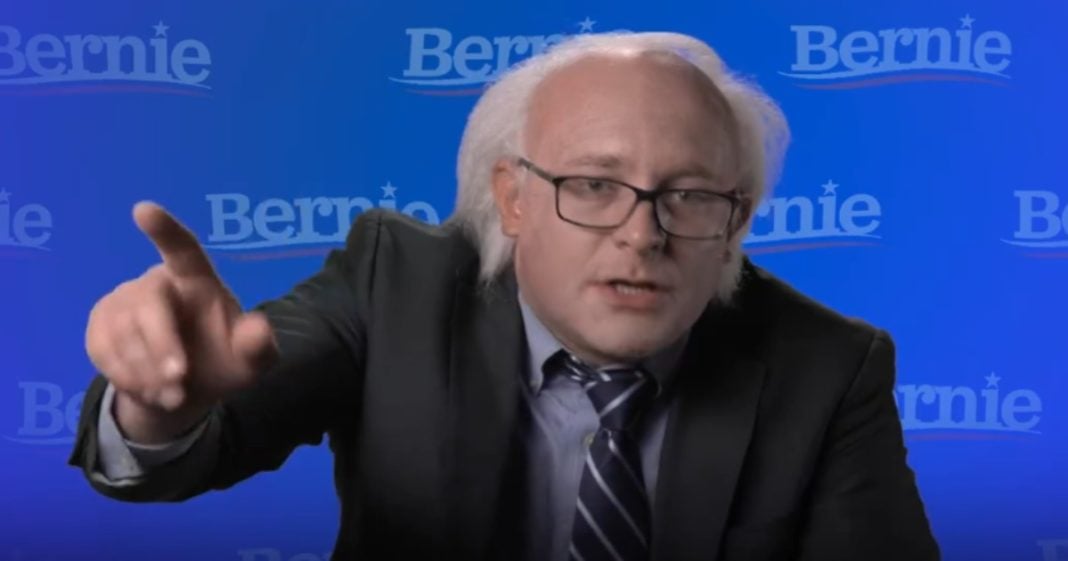 Ever since Bernie Sanders officially endorsed Hillary Clinton, a large swath of Bernie supporters have been walking around in a funk; it’s hard to accept that your heroes aren’t always going to win, and it’s hard to look forward when all that is ahead is mediocrity and more of the same. We get it.

While we can’t make Bernie the nominee or make our remaining choices less corrupt, we can offer you this comical video from Bernie-impersonator James Adomian.

In the video, Adomian’s Bernie (Of Trump Vs. Bernie Show fame) attempts to remind supporters that the campaign was never about him, and that the courage to go on the progressive path is now inside us all.

It’s funny, it’s sweet, and it stays true to the Bernie brand.