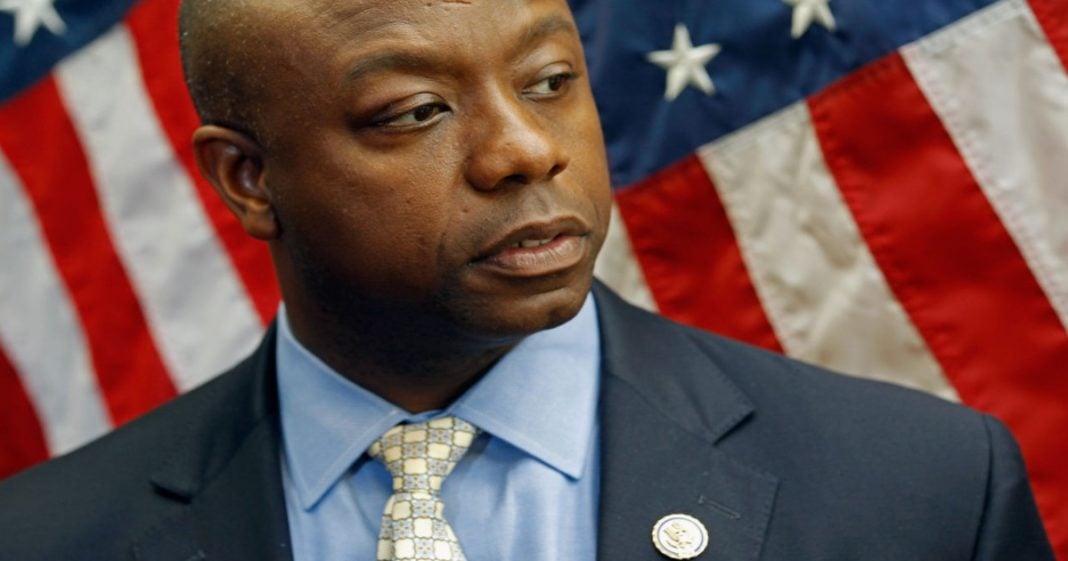 Republican Senator from North Carolina Tim Scott elected to stand on the Senate floor this week to share his own experiences with racial profiling and police discrimination.

Scott attempted to convey to his fellow Senators the impact racial profiling has had on his life, despite his advanced stature and social standing.

Scott said that he has been stopped seven times in the one year by law enforcement, the majority of which Scott claims was for racial profiling.

“Was I speeding sometimes? Sure.

But the vast majority of the time, I was pulled over for nothing more than driving a new car in the wrong neighborhood or some other reason just as trivial.”

Scott then detailed an experience he has had on Capitol Hill when he was the victim of discrimination from officers who patrol the area, who, despite his badges and pins identifying him as a Senator, demanded to see some I.D..