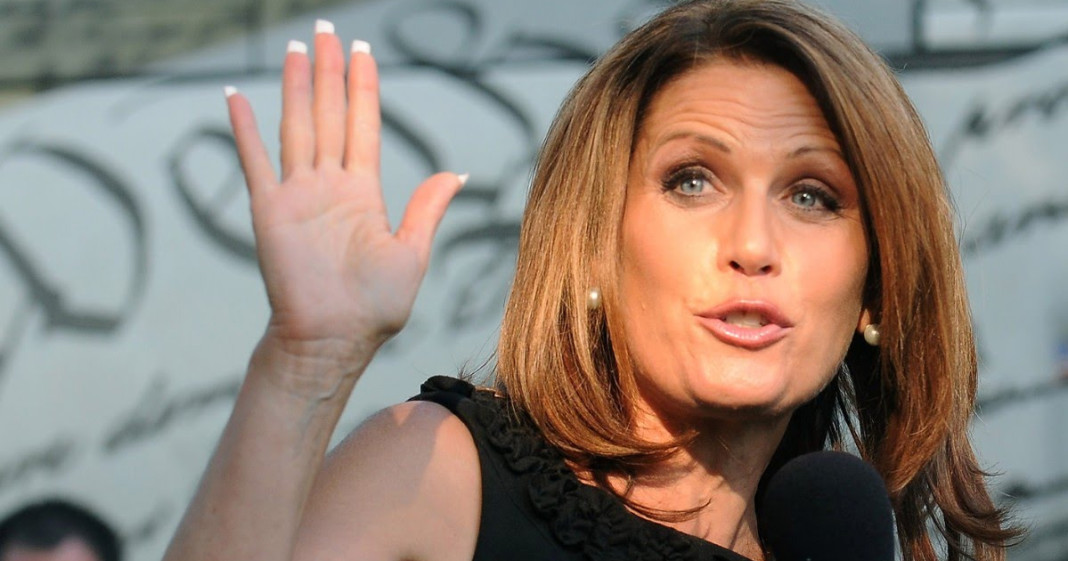 During an interview about the intersection between American politics and religion, failed presidential candidate Michelle Bachmann explained why she supports Donald Trump and believes he is an exemplary evangelical candidate.

Bachmann says that Trump “gets and understands religious liberty.”

Bachmann explained that because Trump has said he would choose Supreme Court justices based solely on their pro-life record, that makes him an extremely good choice for die-hard evangelicals. Nevermind the fact that Trump has said a whole lot of things about the Supreme Court and would surely turn on a dime 200 times before he would actually nominate, Bachmann chooses to believe him on this measure.

Bachmann then offered up another interesting litmus test which seems to fly in the face of another religion’s “liberty.”