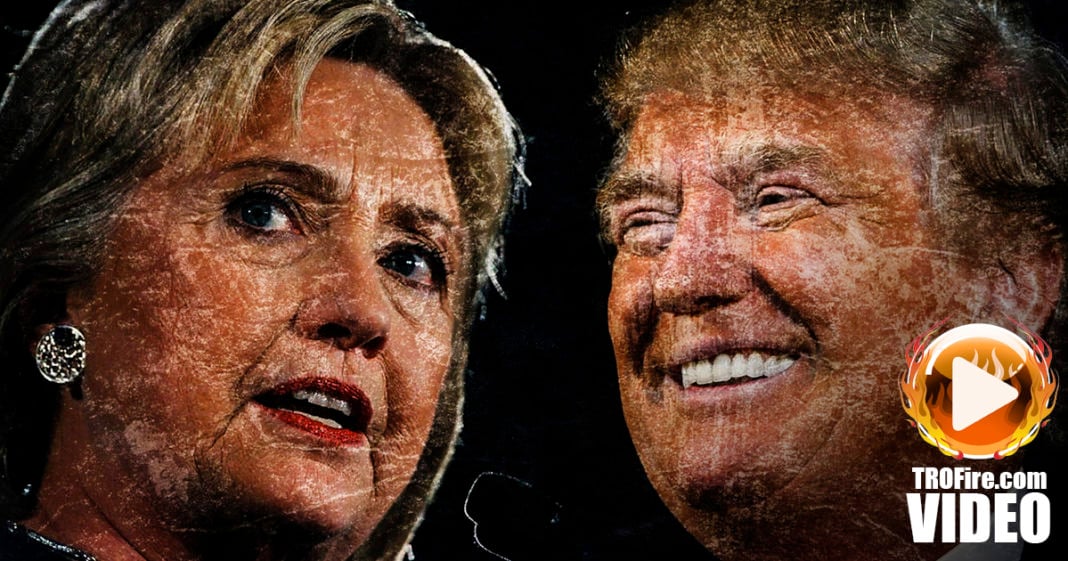 According to the latest polls, a sizable portion of the American public is not in favor of either Clinton or Trump. We’re looking at about one third of American voters, thirty three percent, would prefer an alternative to Trump and Clinton. Ring of Fire’s Farron Cousins discusses this.

According to the latest polls a sizable portion of the American public is not in favor of either Clinton or Trump. We’re looking at about one third of American voters, thirty three percent, would prefer an alternative to Trump and Clinton. While that’s certainly not a majority it does speak volumes to the unlikability of the two main candidates for US president this year. But unfortunately for the third party candidates, specifically Gary Johnson and Jill Stein, fewer than fifteen percent of American voters actually know who those people are. It could be possible for a third party candidate to come out and actually do very well this year, if only the media would allow them to.

What I mean by that is that it is the media working with the major two political parties that set the rules for presidential debates. Now obviously Hillary Clinton and Donald Trump are not the only two people running for president, so why are the others not allowed on that debate stage? That’s a question that I think we need an answer to and I seriously doubt that the corporate controlled media is going to ever give us that answer.

Think about it this way, suppose we had Hillary and Donald Trump on that stage along with Jill Stein and Gary Johnson. Most Americans at this point haven’t necessarily made up their minds on who they’re going to vote for. A Jill Stein and a Gary Johnson could seriously change up the way that this race is run, and the way that future presidential races are run. Not saying that I would particularly want Gary Johnson to be president, but it would also help to combat the money in politics.

There simply is not enough corporate money to give a single candidate to fight off three different people. If we truly want a representative democracy in this country we have to have more than two major candidates. We have to have third parties, fourth parties, as many parties as possible. Look at what happens over in Europe, most elections over there have several parties, four or more. Not just running, but representing the entire government, because the population of those countries, just like in the US, can’t be evenly split among two separate parties. Neither of those parties represents what most people want.

Regardless of who the candidates are Americans are constantly forced to make the choice of a lesser of two evils. Which candidate, which party do I identify most with? That’s not okay, we could have parties that actually represent what people want, that could have a shot, if the media would give them the air time. Unfortunately that’s not going to happen. What we’re left with right now are the two most unpopular candidates in the history of the United States. Hillary Cliton and Donald Trump have the highest unfavorable ratings of any candidates to ever run for president.

Donald Trump’s are obviously higher than Hillary Clinton’s, and Clinton’s unfavorable ratings have been falling recently, but she still has not cracked the 50% mark, and yes that is a problem, because when you have two candidates that are so sorely dislike it’s going to reduce voter turn out. Reduced voter turn out always helps Republicans because the few Democrats that do try to get out and vote are going to be met with a flurry of new restrictive voting laws that are designed to help elect Republicans.

But this is what the Democratic voters chose, they chose Hillary Clinton, just like the Republicans chose Donald Trump. You can’t necessarily say that the American people failed, it’s the system that failed. If we had other parties, if we had other candidates from other parties, things would be looking a lot differently right now. I think that this election could very well be the one that helps to put a third party candidate, or a fourth party candidate into a major position of power in the United States, not necessarily in the presidential election, I’m talking about the aftermath, what’s going to happen after November. People are going to be angry and that is where a third party could really snatch up some power if they jump on it like they should.