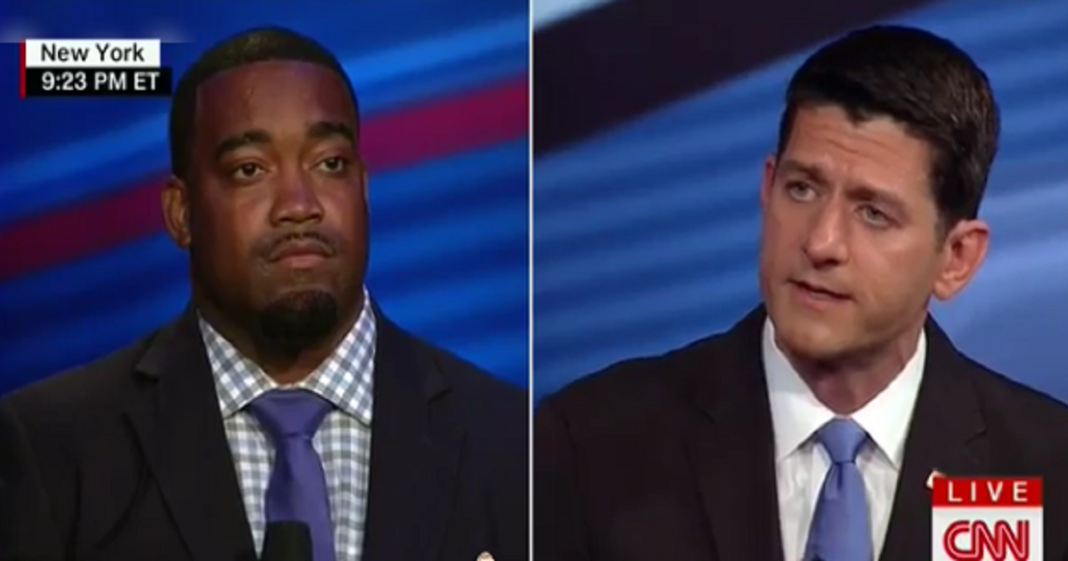 For whatever reason, Speaker of the House Paul Ryan held a town hall event on CNN on Tuesday evening in order to discuss issues important to the politician. Ryan was asked many important questions by American voters, but one individual was a bit more notable than the others.

Mark Hughes was the individual who was singled out in the wake of the Dallas shooting by Dallas police as a suspect. His photo was pasted all over the Twitter and the internet at-large, despite the fact that Hughes wasn’t the shooter at all. Once Hughes learned he was a wanted man, he quickly turned himself and his firearm into police.

Hughes was kept overnight and released once he proved to police that he wasn’t the suspect at all, but in the court of public opinion online, he was already guilty. Hughes has since said that he feels unsafe now that his name and picture have been shared so much and he worries that he may received unwarranted retaliation as a result.

By allowing him to appear on this CNN town hall, the network may take a step toward truly clearing Hughes’ name, which is why Jake Tapper took great pains when introducing the man to emphasis his innocence.

The question Hughes asked Ryan was not really even related to his own issues of profiling and being discriminated against based on open carry laws. Instead, Hughes asked Ryan what he intended to do about mental illness, veterans, and guns.