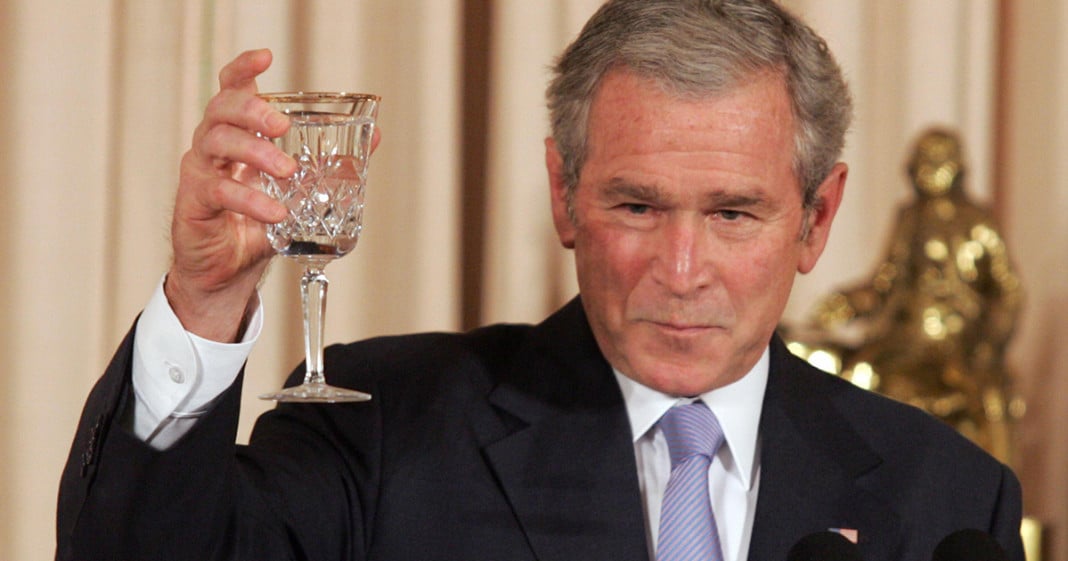 What should have been a solemn symbol of strength and unity was turned a bit comical when little George W. began happily swinging his arms, wagging the hands of Michelle and Laura to the tune of the jubilant choir singing “glory, glory hallelujah.”

Things got a little awkward when Laura shot a look at George to remind the former president of where the heck he was. After that, his dancing slowly came to a stop.

Of course in the years since Bush left the White House, he has mostly stayed out of the spotlight. Either he has become less acquainted with the regal presidential stance, or we’ve just forgotten what “presidential” used to look like.

Either way, it’s nice to be reminded of what we never again have to deal with as a nation.