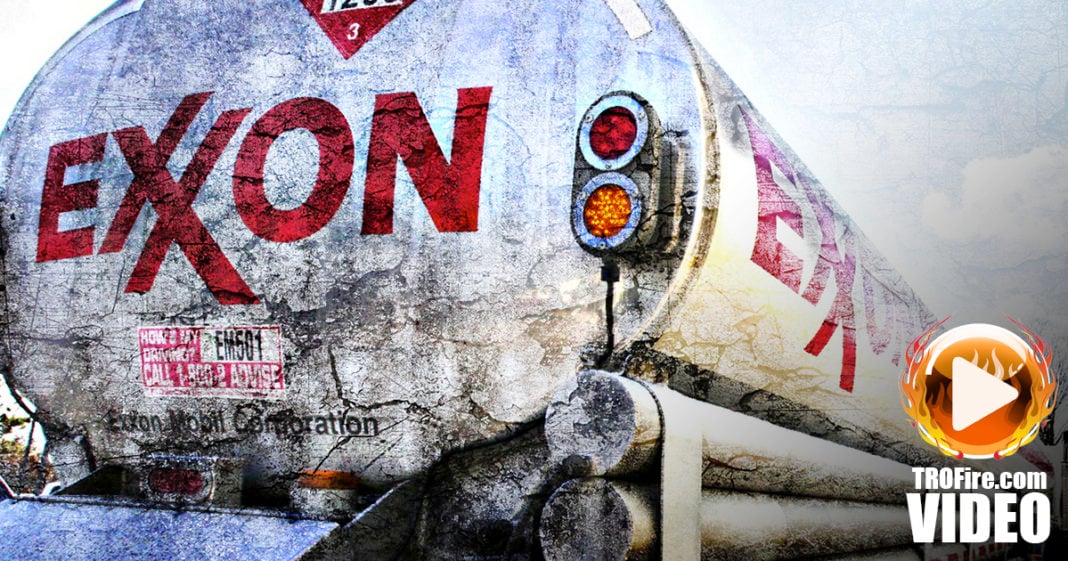 Even while under investigation, Exxon is still funding think tanks and politicians that refuse to accept the reality of climate change.  And they’re doing this with YOUR tax dollars. The Ring of Fire’s Farron Cousins discusses this.

Several months ago, it was revealed that Exxon has, at least since the 1970s, been funding climate change denial. They knew back in the 70s that carbon emissions, their specific industry, was contributing to something called global warming. At the time, people did not know what global warming was. We didn’t understand climate science or anything like that. The federal government itself did not know it, but Exxon did. For decades, they covered it up. They funded organizations that actively went out there spreading misinformation to tell us that climate change was not real. Even after all of this came to light, even after Congress has admonished Exxon for doing this, even in the face of all of the lawsuits that Exxon is facing as a result of this cover-up, we find out this week that they’re still out there funding climate change denial groups.

Exxon, one of the largest corporations in the United States, possibly around the world, tens of billions of dollars in profits every year, and they’re funding climate change denialists, a couple hundred thousand dollars here, a couple hundred thousand there, and that’s all it takes to prevent any kind of action on climate change. That’s a drop in the bucket, especially when you consider they’re essentially playing with house money at this point because the federal government gives them subsidies totaling in the millions just for Exxon every single year. They’re using the government’s own money to fund these think tanks and politicians to deny climate change. We’re allowing it. The federal government is allowing that to happen and they’re not doing anything about it. They met on Capital Hill, they pulled Exxon in and said what you’ve done is a travesty, it’s horrible, you’ve set back human progress, and that’s it. They don’t do anything. Exxon is not facing any real punishment here, and even the lawsuits against the company they’re not necessarily seeking any financial damages. They just want their hands on the documents.

The big question is what do we do, how do we stop this from happening? The answer is you have to get out there and vote, but more importantly you have to do homework before you vote. I know that sounds like a whole lot to do, but trust me when someone is running for office look them up in Open Secrets or in any other kind of funding database and look who is funding their campaign, who has given them money, what corporations are out there putting money into this person. Then ask yourself why, what do they want in return? That is the only way that we can get these climate change deniers out of Congress, we can get them out of the Senate, we can get them out of politics. Same thing goes for every other corporation. If a company, a corporation, an industry is funding a politician, it’s because that industry knows that that particular person, if they win, is going to give that industry huge favors in return. Let’s vote them out.