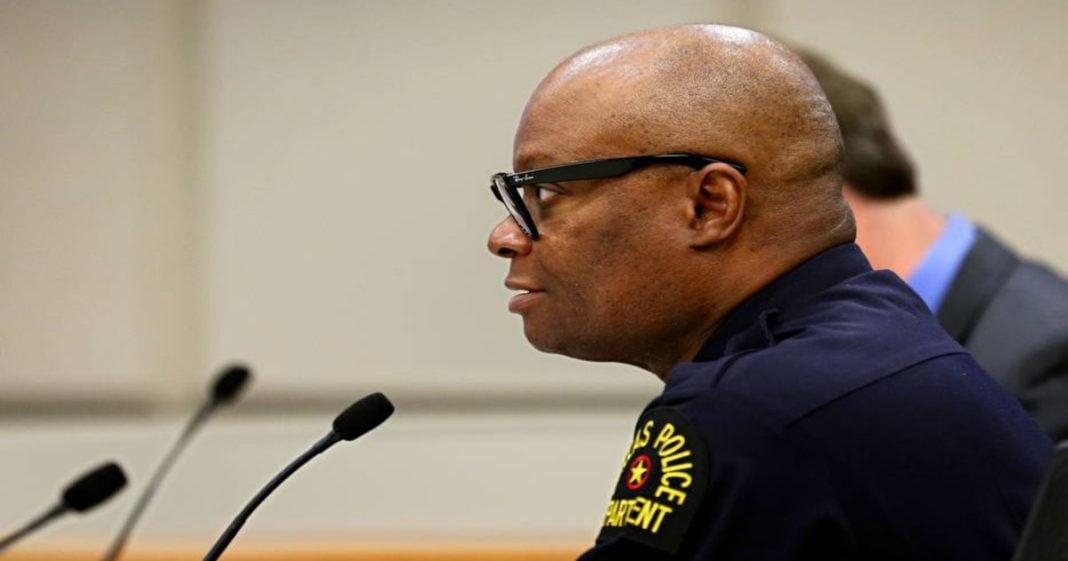 Dallas Police Chief David Brown has taken the old saying about a “good guy with a gun” and turned it completely on it’s head.

In Texas, where the shooting of multiple police officers happened last week, citizens are legally authorized to openly carry legal firearms, which is what several individuals were doing during the shooting event which happened at a peaceful Black Lives Matter protest in response to the police murder of Philando Castile and Alton Sterling.

Brown said he and his other officers do their best to respect citizens’ rights openly carry, but that during the shooting, it made their job exponentially more difficult.

“But it’s increasingly challenging when people have AR-15s slung over and shootings occur in a crowd and they begin running, and we don’t know — or we don’t know if they’re the shooter or not, or they begin, it’s been the presumption that a good guy with a gun is the best way to resolve some of these things. Well, we don’t know who the good guy is versus who the bad guy is if everybody starts shooting, and we’ve expressed that concern as well.”

It turns out that those “good guys with guns” didn’t start sending bullets flying the other way after all, and if they had, they, too, might have ended up dead. It ruins the rhetoric of Donald Trump and other gun-lovers like him.

Maybe more guns isn’t really the solution after all?