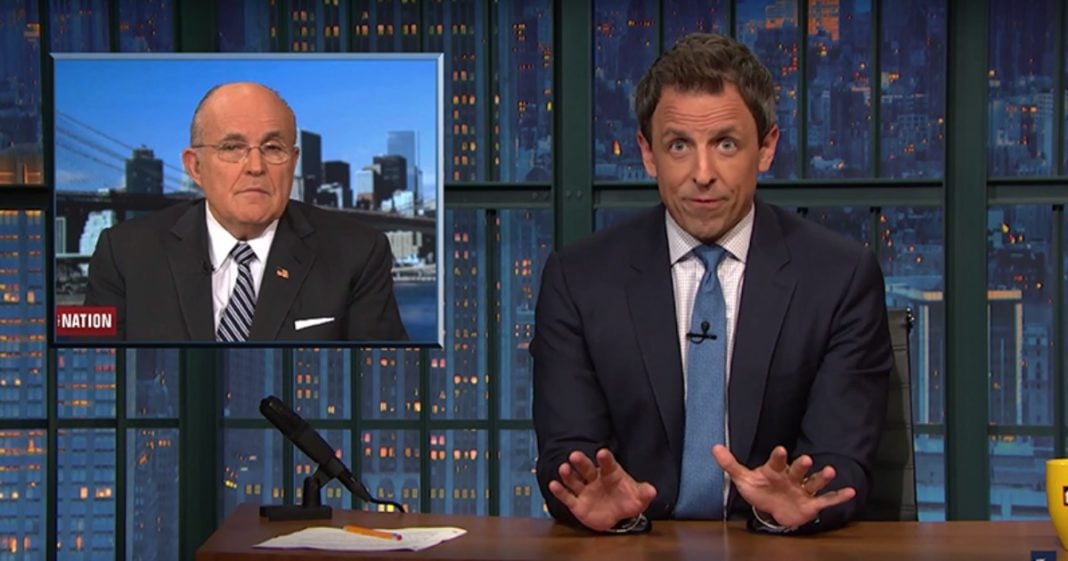 In response to comments made by conservative politicians this week about the shootings of innocent black men by police, “Late Night” host Seth Meyers sought to put racist white men on corporate news networks in their place.

Meyers offered up a slew of strong arguments against hateful bigots, but his most pointed words were directed at former New York City mayor Rudy Giuliani who presumed to give advice to black fathers.

“Okay, first of all, don’t ever start a sentence with the phrase, ‘If I were a black father.’ If you are a black father you don’t need to say it and if you’re not, you should probably just shut the f*ck up.”