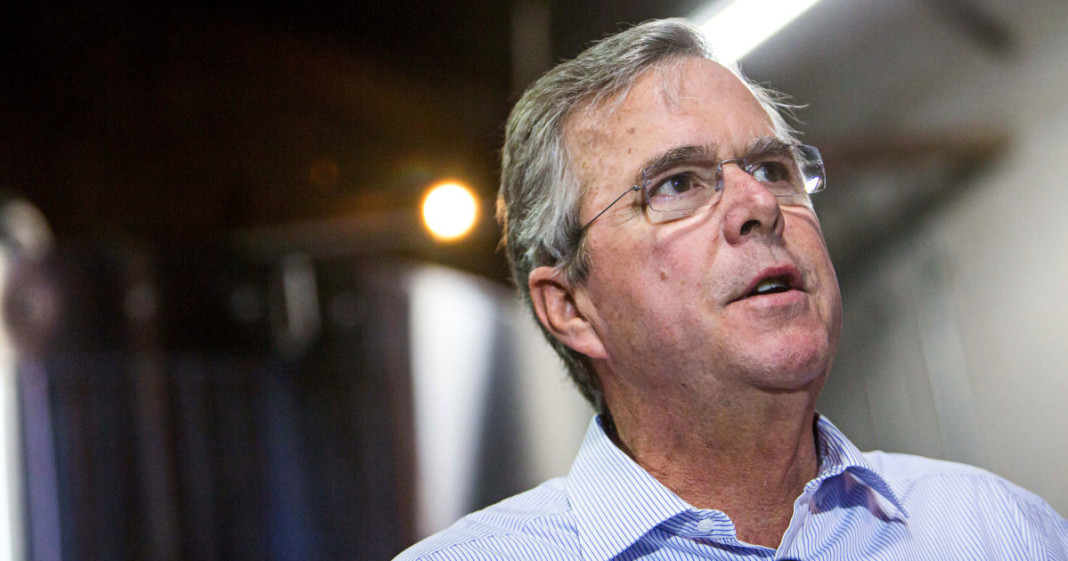 During a recent exclusive interview with failed presidential candidate Jeb Bush, the former Florida Governor told reporter Nicolle Wallace that he, in-part, blamed the Pope’s role in American politics for his loss in the primaries.

It’s important to note that Jeb Bush was never a real contender in 2016 and his campaign was doomed for a multitude of reasons from the very start. Putting the blame on the Pope is just a strange tantrum-style way of justifying his failure, akin to how Republicans always say that God told them to run for president in the first place.

Bush was discussing his three-way tie for second place with Rubio and Cruz when he played the blame game.

When the reporter incredulously asked him if he was blaming the Pope, Jeb tried to backtrack, but still said that it was his holiness’s fault, not his!

“No, no. I’m not blaming. Talking about, basically, open borders at a time with the whole Trump phenomenon was to build a wall and make Mexico pay for it. he goes to the border for a massive mass, and he had every right to preach the gospel there, I don’t think he should be intervening, I don’t think he understood he was intervening in our political affairs. That generated a lot of news and stopped the momentum.”