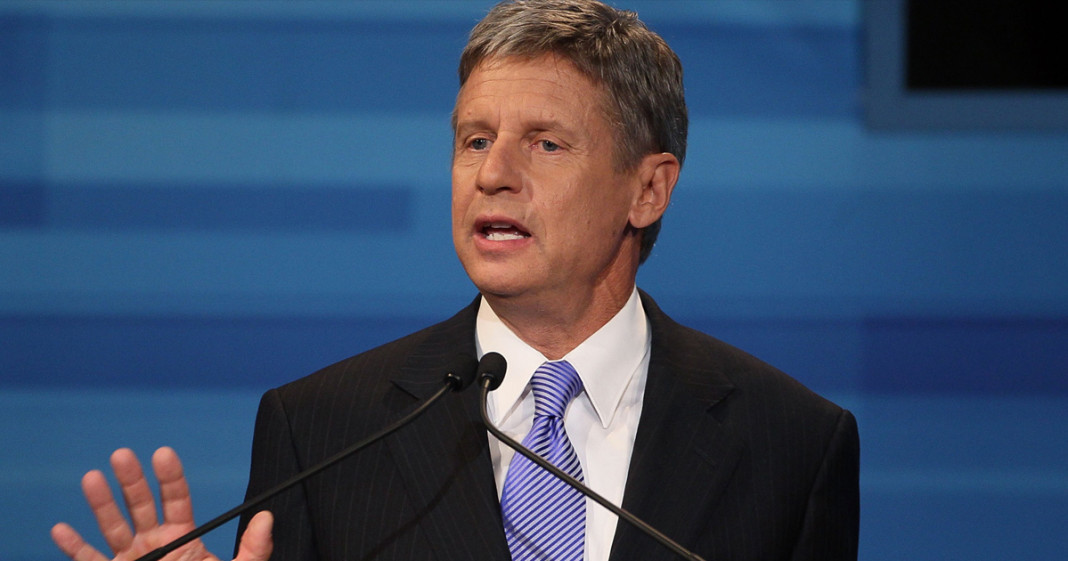 Amid the historic lack of support for both major party candidates, third party Libertarian candidate Gary Johnson might have a rare opportunity to be included in the general election debates.

This news comes as new national polls have Johnson at a whopping 12 percent, just three points away from the required 15 percent needed to be placed on the national debate stage.

A Morning Consult poll of more than 2,000 registered voters show that a large portion of voters would back Johnson.  Notably, the poll did not include Green Party candidate Jill Stein, so we do not know yet how many voters side with the more progressive candidate.

While Johnson can’t be considered any sort of reasonable alternative for self-respecting progressives, its clear that a large section of the voting population highly favor Johnson, particularly for his not-Trump and not-Clinton qualities.

Johnson does seem to be drawing support from both conservative and liberal voters, meaning that his percentage of support isn’t necessarily threatening either candidate’s chances.

The first debate is set for September 26, and if these polls are any indication, we may be seeing three, rather than just two, candidates on the national stage.