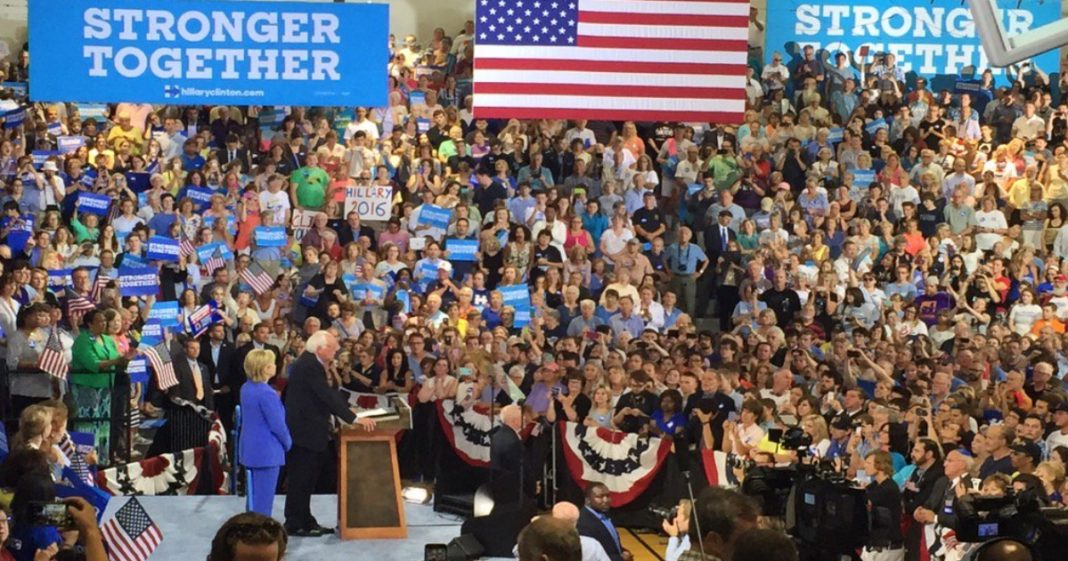 I have come here today not to talk about the past but to focus on the future. That future will be shaped more by what happens on November 8 in voting booths across our nation than by any other event in the world. I have come here to make it as clear as possible as to why I am endorsing Hillary Clinton and why she must become our next president.”

Sanders began his address by thanking the millions of Americans who have voted for and supported him during his strong run for the presidency, as well as noting the millions of individual campaign contributions which made history for the Sanders campaign.

It was a moment many of us dreaded to see coming as we had hoped Bernie Sanders could lead the Democratic party rather than Hillary Clinton. Nevertheless, once we began to see the tide turn and Bernie’s chances slowly slip away, it became the only rational option for the Democratic progressive.

While many are no doubt disappointed that it came to this, Sanders has made it clear more than once that the number one goal of the Democratic party must now be to defeat Donald Trump at any cost – even if that cost is electing Hillary Clinton.

It is now up to voters who previously supported Sanders to decide if they wish to follow the lead of Bernie or go their own path through third party or a protest non-vote or write-in.

At least now we know for certain where Sanders stands.

Sanders endorses Clinton: “I intend to do everything I can to make certain she will be the next president.” https://t.co/X7I9HIfS9d