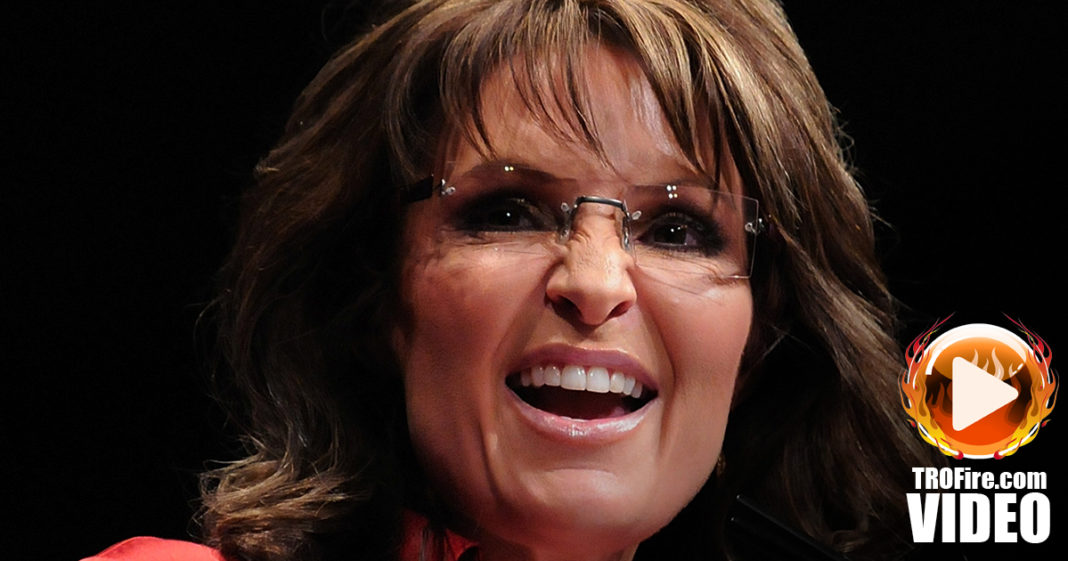 Sarah Palin has always been nonsensical, but her stupidity has manifested itself as racism in the wake of last week’s deadly shootings in Dallas. Ring of Fire’s Farron Cousins discusses this.

Typically Sarah Palin’s nonsensical rants are just that. It’s nonsense spewed forth by a woman who couldn’t even finish out her term as an Alaskan governor. In response to the murders that occurred last week, Sarah Palin has finally revealed her true colors, and her true colors are those of a blatant racist. Palin took to Facebook to say the following in response to the murders in Dallas.

Now, if you haven’t noticed, thugs is a word used by Republican politicians and Republican media so that they don’t have to say the N word, because that’s what they mean. I have spoken with Chauncey De Vega, who’s a phenomenal author and writer, many times and that is what he says unequivocally. Thug is Republican speak for the N word. That is exactly what Sarah Palin wanted to say right there, but luckily she has a tiny smidgen of intelligence and decided to not quite go that far. What she has said here on Facebook is an absolute lie.

Black Lives Matter was not responsible for what happened in Dallas. Those were the actions of an unhinged individuals who was probably killed. He got his justice, but Philando Castile, Alton Sterling, their murderers are sitting at home right now. Yeah, they’ve been suspended, but they’re still getting pay checks. They’re essentially on vacation. That’s why Black Lives Matter is important Ms. Palin. Not because of something that happened in Dallas that didn’t involve a Black Lives Matter protester. That was a sick individual who carried out a sick act of terror. What happens everyday, across this country, and as been for years, that is also an atrocity that needs to be addressed. Republicans don’t want to talk about that. They don’t want to talk about the racism that has become systemic within our police forces and even within our own country. They don’t want to address that because they rely on it to get elected. Sarah Palin has gone off the deep end, and that’s saying something even for someone as crazy as her. Now, in addition to just being crazy, we get to add the title of racist when we talk about Sarah Palin.