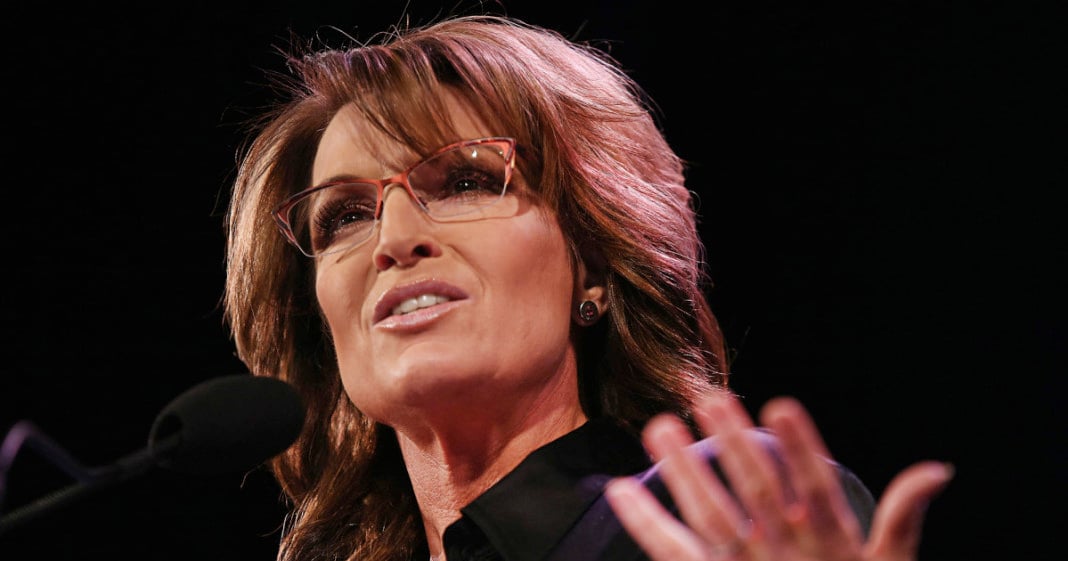 At the rate things are going, Sarah Palin’s unhinged rants will soon be comprised of nothing more than racial slurs and just plain drunken slurs.

In the meantime, we have to hear her barely coherent statements against groups and organizations she couldn’t hope to understand.

On Monday, Palin gave an interview to Breitbart in which she demanded that the media stop calling Black Lives Matters protesters “people.”

“They’re not protesters. You know, these are thugs, they’re rioters.”

“And yeah, I’m calling out the media, saying quit claiming that these rioters are people. They’re stomping on a flag — figuratively and literally — shouting ‘death to cops’, celebrating violence.”

Then the horrific woman had the gall to use the name Martin Luther King Jr. to try to shame the movement.