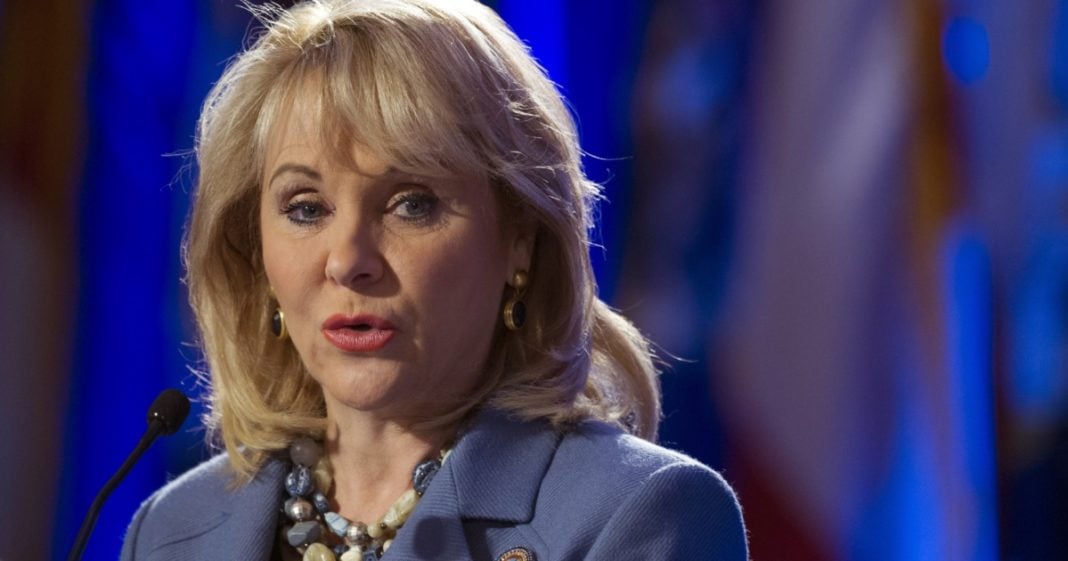 Despite the nearly endless list of horrific racist and prejudiced statements made by Trump in the last year, Fallin said that she believed Trump would heal racial divides if he is made POTUS.

You know, I think that is his intent. I trust him with his words and I think we all need to move towards being compassionate, loving, healing and yet also, respecting our law enforcement.”

Though we regularly are sold horrific lies like this daily in the media, Fallin’s straight-faced use of the phrase “racial healer” in reference to Trump of all people is so sickening it’s almost laughable.