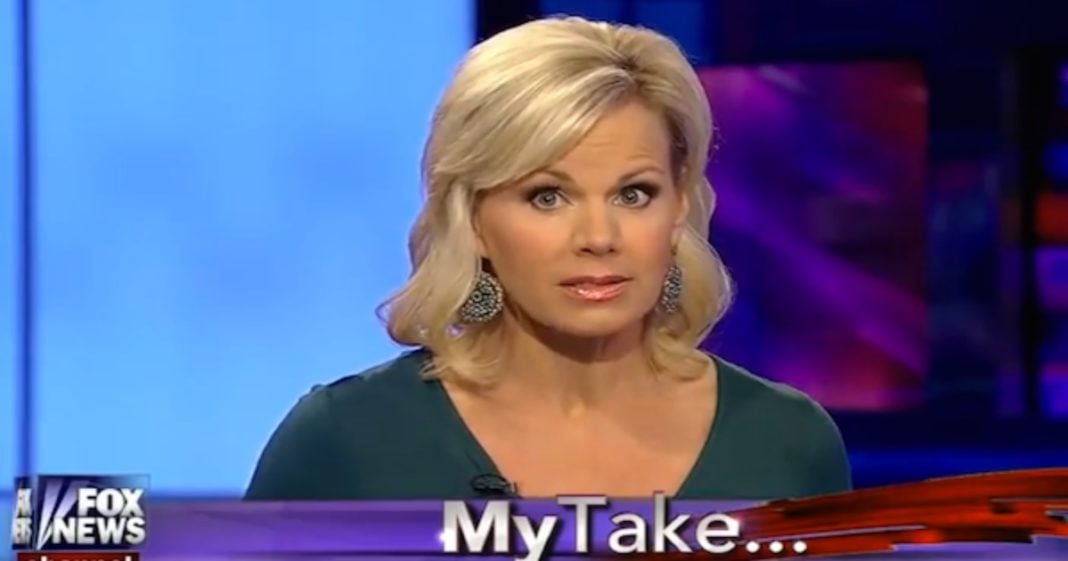 News broke last week that former Fox News host Gretchen Carlson was pursuing litigation against Fox News CEO Roger Ailes, alleging that the man had made dozens of sexually harassing comments against her and even fired her for refusing to enter a sexual relationship with him.

Since Carlson’s suit was announced, several other women have come forward and given their own accounts of times when Ailes made improper sexual advances towards them.

Though Fox News is trying hard to protect its boss, the evidence for what Carlson is alleging is in part available right on the Fox News network as Carlson and other female pundits face on-air sexism nearly daily.

This video is a quick compilation of the many times Carlson is forced to stare akwardly at the camera as her male co-hosts make demeaning and sexist comments about her appearance.