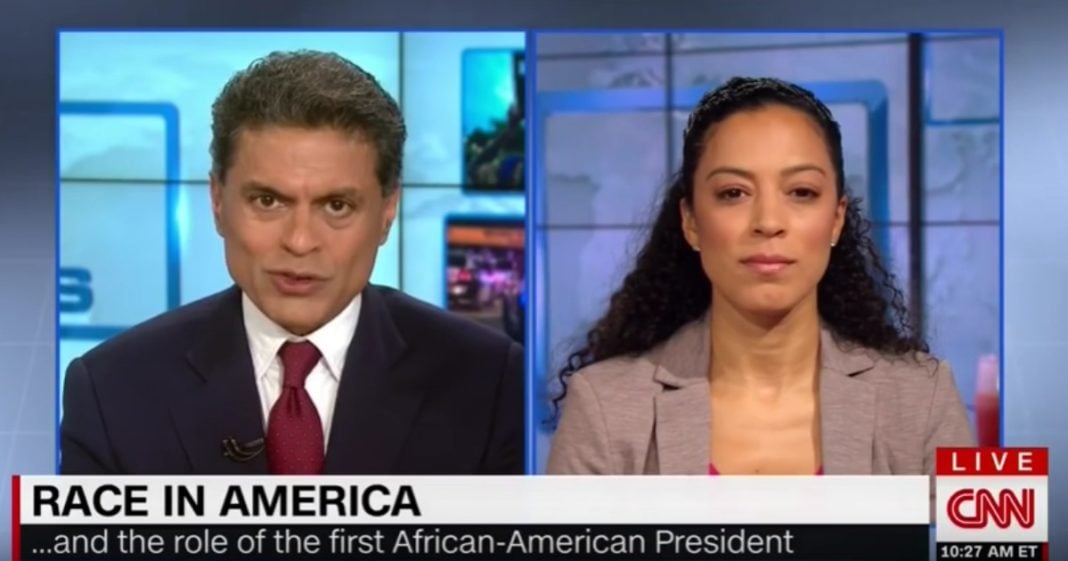 During an incredibly interesting panel discussion on CNN, Sunday, GPS host Fareed Zakaria held a discussion with Angela Rye about whether or not there is an attitude in America about electing Obama which has led to racial unrest in 2016.

The idea is basically that those who “allowed” Obama to be elected president now feel that they have paid their racial debt and can now afford to behave badly concerning racism and prejudice.

The simile given in the interview is that of a person who goes to the gym and then feels entitled to a calorie-rich milkshake.

“I think it’s interesting even that you used the term ‘allowed,’ that he was allowed to be there. That’s terminology that we would never use to describe the 43 presidents that preceded him.”

In this way, white Americans may feel that they did some great deed by voting for Obama or merely existing under his leadership, and therefore are entitled to pay no attention to any other racial inequalities.

While we can’t be sure that this phenomenon is true, it is certainly possible and the discussion on CNN only makes that argument more solid.